Indonesia to increase contribution to AIS Forum to US$5 million 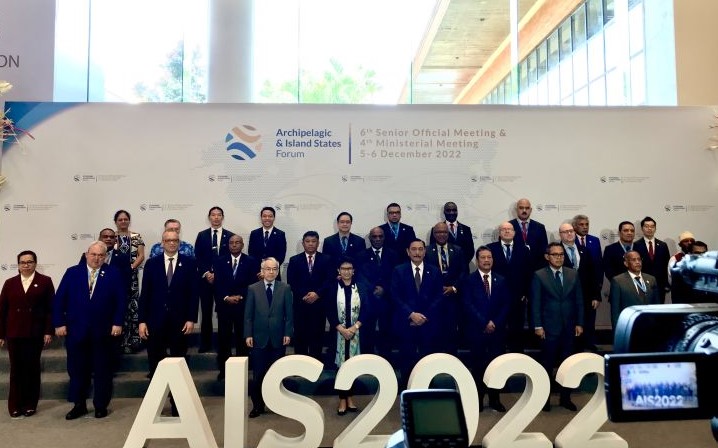 The Indonesian government is committed to increasing the contribution of funds to finance Archipelagic and Island States (AIS) Forum programs up to US$5 million, or around Rp77.6 billion, in 2022.While opening the 4th AIS Forum ministerial meeting in Nusa Dua, Bali, on Tuesday, Coordinating Minister for Maritime Affairs and Investment Luhut Binsar Pandjaitan stated that the funds were intended to fund AIS Forum programs for the next five years."I think once this starts (Indonesia announces its contribution), other countries will follow it," Pandjaitan noted after opening the 4th Ministerial Meeting of the AIS Forum in Nusa Dua, Bali, on Tuesday.The minister noted that in 2019, Indonesia had channeled contribution of US$1 million, or around Rp15.5 billion."The contribution of funds from Indonesia has been used effectively to build the Secretariat (AIS Forum), implement various cooperation programs, and strengthen concrete collaboration between member countries," he said while addressing the delegates.To this end, Pandjaitan is optimistic that Indonesia's steps would be emulated by other members of the AIS Forum that currently comprised 47 countries. Most members of the AIS Forum are small- and middle-income countries, but some of them are developed countries, such as the UK and Japan.On the same occasion, Minister Pandjaitan, as co-chair of the meeting, along with Minister of Foreign Affairs Retno Marsudi and Minister of Maritime Affairs and Fisheries Sakti Wahyu Trenggono, announced that Indonesia was also committed to increasing its contribution up to three folds to the AIS Forum. However, he desisted from divulging details of the amount and when the funds would be distributed to the AIS Forum.The AIS Forum was an association of island and archipelagic countries initiated by Indonesia since 2017, and the forum was officially formed in 2018 in Manado, North Sulawesi, in collaboration with the United Nations Development Program (UNDP).Since its formation in 2018, member countries of the AIS Forum regularly held meetings for their senior officials (SOM) and ministerial-level meetings (MM). However, the meetings were halted in 2021 on account of the COVID-19 pandemic.For this year's meeting, the AIS Forum was attended by representatives from 21 countries and two international organizations. Five countries were represented directly by their ministers while the rest by senior officials.Meanwhile, Indonesia was represented directly by the coordinating minister for maritime affairs, minister of foreign affairs, and minister of maritime affairs and fisheries.The coordinating minister for maritime affairs and the minister of foreign affairs delivered opening remarks that started the AIS Forum ministerial meeting in Bali, and the minister of maritime affairs and fisheries thereafter continued to chair the inter-ministerial meeting that raised the theme of "Elevating AIS Forum Collaborations for Sustainable and Healthy Ocean." (antaranews)