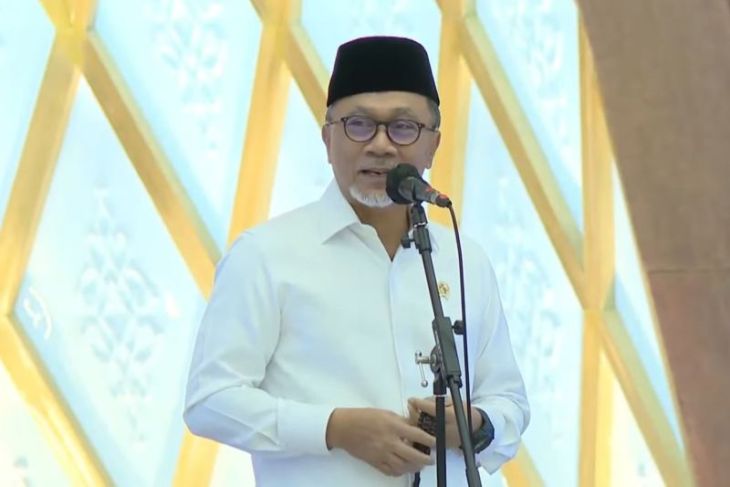 Trade Minister Zulkifli Hasan is leading a trade mission to Saudi Arabia from January 21–23, 2023, to increase trade cooperation between the two countries."During this trade mission, we will review the opportunities to open modern Indonesian retail in Medina, Mecca, and Jeddah by Indonesian business actors,” he informed in a statement issued on Saturday.He said he expects the establishment of modern micro, small, and medium enterprise (MSME) outlets in Saudi Arabia to help small business players from Indonesia to market their products.In addition, it will boost national export performance, he pointed out.The minister noted that the number of visits by Indonesian citizens (WNI) to Saudi Arabia has continued to increase."This is a very large market, which must be optimized. Hence, we are continuously striving to improve (bilateral) trade relations," he added.The sending of the Indonesian trade mission to Saudi Arabia is among efforts to develop new export markets, especially non-traditional ones. Earlier, trade missions were carried out to the United Arab Emirates (UAE) and India."After Saudi Arabia, there will also be trade missions to Eastern Europe, South Asia, Central Asia, and Latin America. If we want to become a developed country by 2045, we must dominate (trade in various) parts of the world,” Hasan said.If the trade missions are not carried out from now, it will be too late for Indonesia to compete with other global business players in the future, he explained.During the trade mission to Saudi Arabia, he is scheduled to meet with Minister of Commerce of the Kingdom of Saudi Arabia, Majid bin Abdullah Al Qasabi, and members of the Saudi Arabian Chambers of Commerce and Industry.Furthermore, the minister will hold a discussion with the Saudi Food and Drug Authority (SFDA) and the Cooperation Council for the Arab States of the Gulf (GCC).He will also inaugurate an Indonesia-Saudi Arabia business forum, attend a business matching event for Indonesian and Saudi Arabian businesspersons, as well as witness the signing of cooperation agreements between business players in Riyadh.Members of the Indonesian Chamber of Commerce and Industry (Kadin), Indonesian Creative Entrepreneurs Association (APKI), and Indonesian Entrepreneur Chamber (Keind), and a total of 24 Indonesian business actors are participating in the trade mission to Saudi Arabia.From January to November 2022, Indonesia's trade with Saudi Arabia was recorded at US$7 billion, up 45.42 percent year on year (yoy).During this period, Indonesia's exports to Saudi Arabia reached US$1.84 billion, while its imports from Saudi Arabia touched US$5.17 billion. (Antaranews)