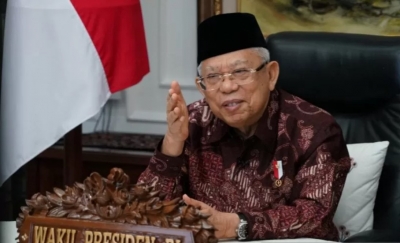 "Indonesian students, who have the potential and care about world peace, need to make their contribution through the second track diplomacy carried out by non-government actors," Ma'ruf Amin said at a webinar on Tuesday.

"In the digital era, diplomacy is not only through direct communication but also through electronic and print media," he added.

With the presence of students abroad, Ma'ruf also hopes that the international cooperation that has been carried out by the government can be more optimal through dialogue that supports democracy and protection of human rights, including for minority groups.

Ma'ruf also asked all students to take an active role in world peace missions, as the government has done, among others in supporting Palestinian independence, encouraging peace in Afghanistan, and helping to resolve the humanitarian crisis in Rakhine State and the Southern Philippines.