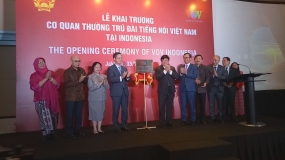 Voice of Vietnam Opens Its Representative Office in Jakarta

Voice of Vietnam (VOV) Representative Office Jakarta was officially opened by the Director-General of Voice of Vietnam (VOV), Nguyen The Ky in Jakarta, Thursday (03/10). Vietnam's Ambassador to Indonesia, Pamp Vinh Quang, in his remarks said that Indonesia and Vietnam are two countries that have traditional relations for a long time. The two countries have similarities in culture and history in struggling for independence and are active in international forums. According to Quang, the opening of the Voice of Vietnam Representative Office in Jakarta became a new advancement in strengthening cooperation in various fields.

“The opening of the Representative office of the Voice of Vietnam in Jakarta will be a new advancement for Vietnam-Indonesia's strategic partnership. It will further strengthen information not only about bilateral ties between Vietnam and Indonesia but also information about ASEAN and regional cooperation, as I believe that the VOV bureau will be a key part to promote the strategic partnership between Vietnam and Indonesia,” said Pamp Vinh Quang.

Vietnamese Ambassador to Indonesia Pamp Vinh Quang further said that at the end of this year the Vietnamese Embassy in Indonesia would work with institutions in Vietnam and Indonesia to hold the 60th anniversary of President Ho Chi Minh's visit to Indonesia in 1959 and President Sukarno's visit to Vietnam in the same year. The commemoration will be enlivened by workshops and photo exhibitions in Jakarta, Yogyakarta, and Bali. Present at the inauguration ceremony were ASEAN Deputy Secretary-General for Politics and Security Hoang Anh Tuan; Directorate General of Asia Pacific and Africa, Ministry of Foreign Affairs, Desra Percaya; and representatives of Radio Republik Indonesia and Voice of America. (VOI / AHM / edit r) 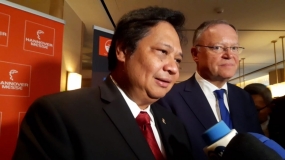 Indonesia will become a partner country at the annual Hannover Messe 2020 event. This is the second time Indonesia participates in the exhibition in the city of Hannover, Germany, after its participation in 1995. Indonesia will make use of the exhibition to demonstrate its industrial capabilities. As stated by the Minister of Industry, Airlangga Hartarto in a press conference on the Hannover Messe 2020 in Jakarta, Thursday (3/10).

“Indonesia wants to use this platform in 2020 to spread Indonesia’s ability in the industry sector and the ability of Indonesia as a large country in ASEAN with an economy of one trillion dollars, and this could be the base partner of industries in Germany or in Europe so they can invest,” said Airlangga. 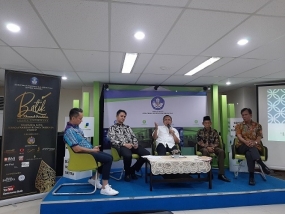 The Ministry of Education and Culture appealed for Indonesian Foreign Affairs Ministry to issue a policy for its diplomats in foreign countries to wear Batik. This was stated by Minister of Education and Culture, Muhadjir Effendy through Director of Heritage and Cultural Diplomacy, Nadjamuddin Ramly at Press Conference related to one-decade commemoration of National Batik Day in Jakarta more recently. He said that Batik is necessary to Indonesian diplomats to wear in every meeting in friendly countries bilaterally and multilaterally as consistency of Indonesia in keeping the existence of Batik as cultural heritage of Indonesian pride.

“The Ministry of Education and Culture also appeals for Indonesian Foreign Affairs Minister, Retno Marsudi to issue a policy so that the ministry’s diplomats both in bilateral and multilateral activities wear Batik. Do not use black suits which have been used recently, just use Batik suits. Just wear Batik which is more elegant so that the world concerns on Indonesia. It signs that Indonesia is consistent with its cultural heritage, Batik. Only Indonesia has Batik as civilization treasury today, tomorrow and forever,” said Nadjamudin Ramly.

Furthermore, Nadjamuddin Ramly explained that the Ministry of Education and Culture will also synergize with Ministry of Foreign Affairs to promote Batik as the world cultural heritage, and hold  workshops and training to make Batik at Indonesian embassy in many countries by involving national activists and conservationists. (VOI/AGUS SANTIKA/AHM/TRANS:AF) 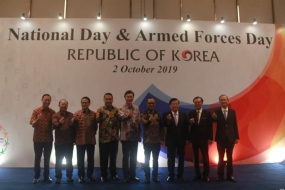 South Korean Ambassador to Indonesia, Kim Chang-beom on his speech at National Day Reception and South Korea Armed Force in Jakarta on Wednesday evening (2/10) explained that during one year, the relations between South Korea and Indonesia are getting stronger because of the contribution from many parties. Indonesia keeps on stepping forward to be a developed country like South Korea. He also said Indonesia and South Korea are strategic and true partners.

“We are special strategic partners. Our partnership encompasses a broad range of areas, including political security, economic, social patrol, industry, and bilateral cooperation. More importantly, our partnership is purely based on heart to heart, hati ke hati, exchanges and closer partnership between our two people,” said Kim Chang-beom.