Today in History over RRI World Service -Voice of Indonesia. We start from an event on June 21, 1961 when Joko Widodo, Indonesian president, was born.

Joko Widodo was born in Surakarta, Central Java on June 21st, 1961. He is the 7th president of Indonesia who has been installed since October 20, 2014. Joko Widodo had been officiated as governor of Jakarta since October 15, 2012 until October 16, 2014. His political career began by becoming as Surakarta mayor since July 28, 2005 until October 1, 2012. His name began to be well known after being considered to succeed changing Surakarta city to become tourism city, cultural city and batik city. On September 20, 2012, Joko Widodo succeeded to win the election as governor of Jakarta.

The next event is that in 1970, Soekarno passed away.

Soekarno was the 1st president of Indonesia for the period of 1945-1966. Soekarno passed away in Jakarta on June 21, 1970 due to illness. He played a major role to liberate Indonesia from the Dutch colonial. He is the proclamator of Indonesian independence along with Mohammad Hatta on August 17, 1945. Since he was young, Soekarno had been active in political struggle against the Dutch colonial. Because of his political activities, Soekarno was jailed many times by the government of the Dutch. He is quite known as founder of Pancasila, because for the first time, he initiated the concept of state’s ideology of Indonesia, called -Pancasila.

And the last event is that in 1972, it was Day of Agriculture.

Determination June 21st as Day of Agriculture was conducted by the government in 1972. The date was the 1st season that was the beginning of 12 cycle seasons known by Indonesia people, including the movement of the rainy season, drought, wind, insects, diseases and etc. From historical and cultural document, the important aspect for agricultural community including farms, is an expression of gratitude on harvest obtained by Indonesian people. Based on the local wisdom about culture, since 1972, June21st has become as the Day of Agriculture for agricultural community in Indonesia. 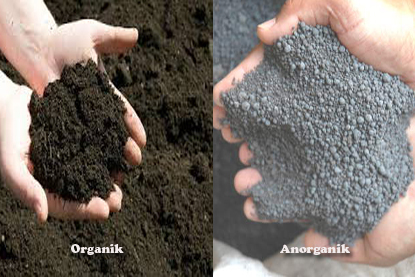 The farmers in Goludapi, Weelonda Village, for example, make organic fertilizer from various leaves, banana stems, straw and dry corn stalks. The leaves and dried stalks are chopped. Then, these are mixed with wood powder, and compost in the form of Micro Local Organism fermentation (MOL) to be fertilizer. The types of plants such as rice, corn, cocoa, cashew and others are used. In collecting and chopping up the leaves and dry stems, the farmers are assisted by their sons after school or during school holidays. Children work and play. At the same time, they also learn how to make organic fertilizer.

Dewi Mandeta, an assistant from YPK Donders accompanied them to work on one of the organic fertilizer making processes that will be utilized by 26 farmers in the group. She also explained to Antara on Wednesday (13/6) that the Micro Local Organisms –MOL is mixed with one-ton substance of solid organic fertilizer that can later be utilized to fertilize plants about one-hectare land. This organic fertilizer mixture comprises leaves, fruits and stems. If this is used, it will decompose to fertilize the plants with respective parts, such as branches/trees, leaves and fruits. Micro Organism Local or MOL is a mixture of ripe papaya fruit, half-fermented rice, coconut water and brown sugar. All these materials can be obtained easily in the villages except brown sugar that must be bought at the price of Rp25 thousand per kilogram.

YPK Donders guides nearly a hundred farmer groups in four Sumba districts, including 36 groups in Southwest Sumba, in cooperation with several parties such as the Food and Agriculture Organization -FAO and Millennium Challenge Account-Indonesia -MCAI.

MOSAIC OF THE ARCHIPELAGO

Listener, 1,349 prisoners in West Nusa Tenggara –NTB received Idul Fitri 2018 remission. Among of them received reduction of punishment for 15 days until two months. Even, 4 prisoners were directly free on Idul Fitri. Head of Regional Office of the Ministry of Justice and Human Rights in NTB, Sevial Akmily said on Wednesday (20/6) that from the total prisoners amounting to 1,349 prisoners who received remission, 1,204 are general criminal cases, the remaining 141 are drugs’ cases. At Mataram Penitentiary, the number of prisoners who received remission reached 296 persons. The most prisoners received one-month remission, namely  172 persons. Sevial also asserted that get remission is hoped to be able to trigger other prisoners to achieve requirements of the remission, such as well behaved, and persevering to follow the coaching. Meanwhile, the community visit of prisoners’ families and deposit prisoners at Mataram penitentiary during Lebaran holiday reaches 6,962 people.

Fire which burned forest of Mt. Lawu, precisely at the peak of Hargo Tiling, Part Forest Management Unit of North Lawu, Jenawi district, Karanganyar, finally extinguished.  The rain which felt on the peak of Mt. Lawu extinguished the fire which has flamed since Tuesday evening (19/6). Daily Executive Head of Regional Disaster Management Agency of Karanganyar regency, Bambang Djatmiko told RRI on Wednesday (20/6) that his office still monitors development of fire-fighting which burned around 1.5 hectares of pine forest. He also said that because the fire has been extinguished, the climbing track is re-opened for the public. However, his office asked to the climbers to be careful and avoid making bonfire to reduce resistance forest fire.

We end Mosaic of the Archipelago with the information is on 1001 Tumpeng enliven the 48 Bung Karno commemoration.

Hundreds of Blitar people, East Java came to the location of the 48th Bung Karno commemoration in Blitar on Wednesday (20/6). Most of them carried Tumpeng as a form of participation in the event. Tumpeng is a cone-shaped rice dish with side dishes of vegetables and meat. Until Wednesday evening, the event was flocked by the local residents. They encircled those Tumpengs which have been arranged by the committee.  Some Tumpengs were also provided on the main stage by the committee. Those Tumpengs were provided for special guests of Bung Karno family and a number of other guests. Head of Tourism and Culture office of Blitar, Tri Iman mentioned that the committee did not limit the Tumpengs of residents’ donation. Thus, it’s like previous year; the Tumpengs did not only fulfill  Jalan Ir. Soekarno, but also closed Jalan Panglima Sudirman and Sultan Agung Kota Blitar. Therefore, Tri Iman called it Kenduri 1001 Tumpeng Haul Bung Karno or in English means 1001 tumpeng of Bung Karno Commemoration. Besides from Blitar residents, those Tumpengs were also donated by regional organizations, a state-owned enterprise and various organizations in Blitar.  In addition, the event was filled with speech from the family and the guest and the event was also colored with praying and reading Tahlil together. Urbanization or migration from rural to urban is an ongoing phenomenon in big cities, such as Jakarta post-Lebaran or Idul Fitri. It cannot be denied that the big city is still considered by the villagers as very promising place for the improvement of their life. Big cities are considered to have many better job opportunities than in the villages.

Researcher of Center for Indonesian Policy Studies (CIPS), Imelda Freddy disclosed that every year, the rate of urbanization will continue to increase. This is natural because every big city has its own charm that encourages the villagers to come.

Meanwhile, Head of Presidential Staff, Moeldoko said that post-Idul Fitri, the urbanization is natural and must be responded wisely so that the urbanized people do not become burdened by the city government, but they cannot be rejected to come. According to Moeldoko, the villagers should be given an understanding if they want to try their fortune in big cities. Before leaving, they should have the assurance of work and residence in the city. Urbanization without a clear purpose will pose problems not only for them, but also the destination city.

Deputy Governor of Jakarta, Sandiaga Uno hopes that the newcomers in Jakarta really have  enough skills. So, they can be independent and improving their welfare.

Professor of Economic Sociology at Airlangga University, Surabaya, Bagong Suyanto said that urbanization will not stop until there is even distribution of development. The economic imbalance between rural and urban areas is one of the reasons for the high rate of urbanization. Bagong viewed that the current Village Funds program can be the key to improving village development and economy. The program is expected to open many new jobs.

Minister of Village, Development of Underdeveloped Regions, and Transmigration, Eko Putro Sandjojo remarked that the development undertaken in rural areas so far has been able to reduce the number of urbanization. Through the development, some jobs are created in the villages so that this can spur economic equity. New employment as a result of massive development in the villages is also expected to attract the urbanized people to be willing to work in their respective areas of origin.

Any phenomenon, if examined the true cause of the emergence, and alternative solutions, must have a solution. It is expected that the Village Fund program can be utilized to promote development in the villages. This is aimed at creating employment for the rural communities. If this condition occurs, urbanization figures are expected to continue to decrease from year to year, and economic conditions in the villages will improve.