Pancasila Belongs to the Indonesian Nation, not a particular group 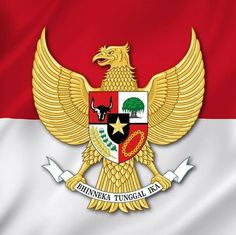 Pancasila belongs to the whole people of Indonesia, not belonging to certain groups. This was affirmed by Chairman of Committee III of the Regional Representative Council of the Republic of Indonesia, Fahira Idris during the Socialization of Pancasila, the 1945 Constitution, Unitary State of Republic of Indonesia -NKRI, and Unity in Diversity (Bhineka Tunggal Ika) in Cipayung, East Jakarta on last Sunday (10/6). Fahira Idris also reminded there should be no attitude or actions of a group of people let alone supported by certain powers considered themselves the most ‘Pancasilaist’ and entitled to be interpreters of Pancasila values. He views that such an attitude will pose some distraction and threaten the unity of the Indonesian nation. Fahira Idris also explained that arrogance that considers herself or himself most Pancasilaist will be a source of commotion and seeds of disunity and this should not be allowed to happen.

Fahira Idris reminded that the debate about Pancasila has been completed one day after the Republic of Indonesia proclaimed its independence on August 18, 1945.That day was the birthday of Indonesian Constitution - the 1945 Constitution whose opening is Pancasila. He also perceived that now, Indonesian people should enjoy the strength of the five principles of Pancasila, especially ‘the social justice’ for all Indonesian people.

Meanwhile, Vice Chairman of the People's Consultative Assembly, Mahyudin, during the socialization of 4 Pillars in East Kalimantan on last Tuesday (5/6) as quoted by Antara News Agency said that it’s important to implement the fifth principle of Pancasila, the Social Justice for All Indonesian People. Mahyudin also remarked that in principle, the State should be able to create prosperity for its people. After 73-year independence, Indonesia is still facing a lot of poor people with malnutrition, not enjoying electricity, health and so on. So, he said the government should be able to solve the social problems.

Mahyudin reminds that Pancasila is the foundation of the State of Indonesia. So, without Pancasila, Indonesia can disband. Therefore, the values ​​of Pancasila should be implemented in daily life by Indonesian people, especially its leaders and elite people. Mahyudin also explained that the socialization of the four pillars is intensively conducted so that the public better understand the ideology of the State. 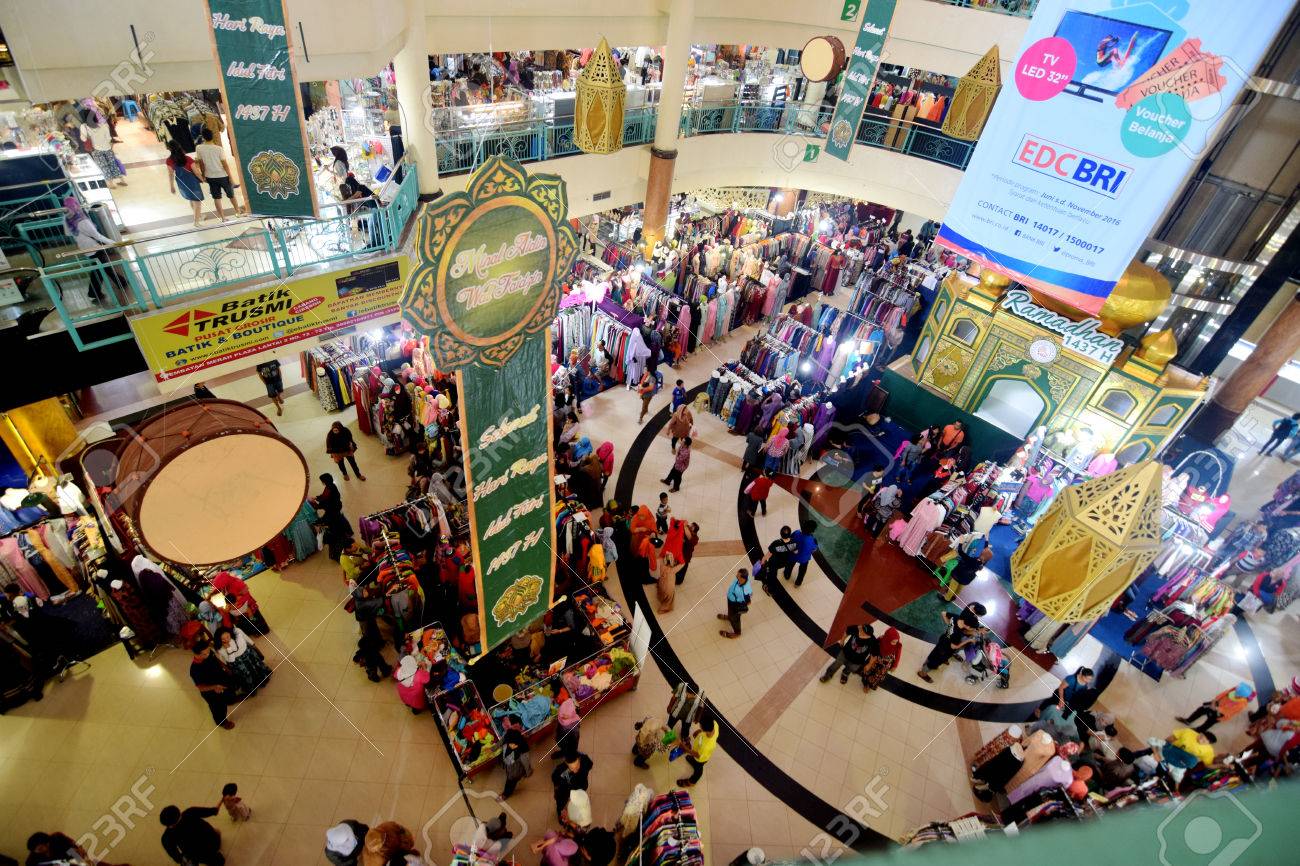 Idul Fitri holiday is only a few days ahead. The government has spent 35.76 trillion rupiah for holiday allowances and 13th salary for state officials, state apparatuses and pensioners. The allocation is up 68.9 percent compared to last year. Minister of Finance, Sri Mulyani said that the addition of holiday allowance component and the 13th salary is expected to encourage the growth of public consumption so that it can stimulate the economy.

According to the plan, the central government started disbursing the holiday allowance the end of May 2018. Meanwhile, the 13th salary is expected to be disbursed by the end of June or early July 2018. It seems that the government's efforts to boost the economy are successful. The situation of retail sales in late May and early June was considered quite exciting. Minister of Trade, Enggartiasto Lukita announced the retail report in May 2018 which generally grew 10 to 15 percent. He remarked that the report shows no weakening of purchasing power, even predicted to continue to grow until July 2018.

Association of Indonesian Shopping Center Tenants -Hippindo noted that the average sales of its members in May 2018 grew 15 percent compared with the same month last year. Chairman of Hippindo, Budihardjo Iduansjah mentioned that clothing products contribute the highest in the growth. Sales transactions reached 50 trillion rupiah. Meanwhile, Chairman of the Association of Indonesian Retail Entrepreneurs (Aprindo), Roy Mandey reported that the increase in retail sales reached 4.7 percent. This increase makes the retailers optimistic; sales will continue to rise until Lebaran day. The public optimism of the country's economic growth is also supported by the results of a government survey. Bank Indonesia retail sales survey shows a growth trend with the Real Sales Index in April 2018 of 4.1 percent. The data does not refer to major retailers, but traders in traditional markets throughout Indonesia.

On one hand, high demand of certain products such as chicken and meat ahead of the holiday will certainly lead to price hike. But the phenomenon that occurs each year, do not discourage public spending if viewed from the data mentioned earlier. On the other hand, the government is expected to maintain the price hike under control. As a result, this may create a business climate that encourages the increase of people's income. Thus, people's purchasing power can continue to grow. Today in history start with June 12, 1964, Nelson Mandela is sentenced to life imprisonment.

The leader of the South African anti-apartheid movement Nelson Mandela, was sentenced to life in prison by a court judge in the city of Pretoria. Mandela was found guilty of sabotaging the government at the time. Besides Mandela, seven anti-apartheid fighters were also sentenced to life imprisonment. Mandela was sent to Robben Island prison off the coast of South Africa. The condition of this prison is very bad. He was only allowed to receive one visitor every six months. Every day, he was forced to break the stone in the prison yard for hours.

During that time, Mandela became the most famous political prisoner in the world. World leaders were demanding freedom for Mandela. They wanted the apartheid regime in South Africa to be over. In 1982, the government moved Mandela to the mainland. This displacement was in line with the protests of many people against the apartheid regime in the country. After nearly 27 years as a prison inmate at Robben Island, in 1990 Mandela was finally released.

First free elections took place in Algeria on 12 June 1990 and the results of this counting, the Islamic Salvation Front Party or Le Front Islamique du Salut - FIS won considerable votes. FIS managed to control more than 54 percent of the total number of incoming votes. While the ruling party, the National Liberation Front (FLN) only got not less than 28 percent. With this victory, the FIS party had the right to control and gain privilege in most of the authorities in some cities as well as on power. But the victory was canceled by the ruling party supported by the military. As a result of the cancellation Algeria was hit by riots and violence that resulted in the many lives.

Today in History ends with June 12, 1991, Boris Yeltsin is elected President of Russia.

After the Soviet Union collapsed, Boris Yeltsin was elected president of Russia through direct elections on 12 June 1991 with 57 percent of the vote. He became the first president directly elected in Russian history. Yeltsin ascended the presidency along with a wave of high hopes for political reform and disillusionment with communist rule. In his time, he cut the government budget on a large scale with the aim of balancing state revenues and expenditures and borrowed funds from Western countries. But this resulted in Russia falling in a great economic crisis in 1998. He resigned as president on December 31, 1999 as someone who was hated. Its popularity when stepped down only 2 percent. Yeltsin was also criticized for his disappointing results in the First Chechen War, as Russia was militarily defeated and Chechnya got more autonomy. He was replaced by Vladimir Putin. 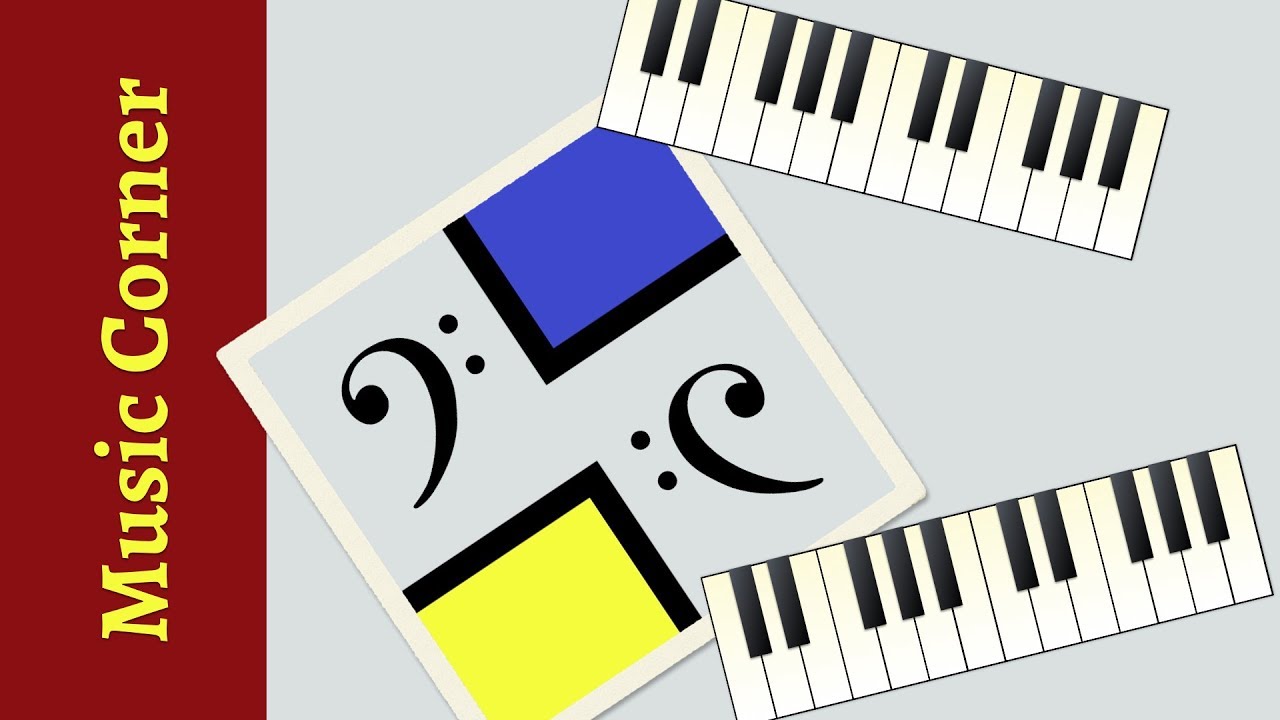 Welcome back in Music Corner, a musical segment which introduces you to Indonesian music -either traditional or modern one. In today’s edition, we will present you some Ramadhan songs.

The song “Seluruh Nafas” was released in the album “Kidung Sufi” in 2013. Its lyric mentions if name of Allah is continuously mentioned, so His love will always accompanying us. Candra Malik has been well-known as a Sufi, litterateur, journalist, religious singer and even educator of boarding school in Central Java province.

The next song is presented by Kamila, a trio of vocalists and violists consists of Ava, Mia, and Ana. Without singing romantic songs anymore, Kamila released religious songs in 2016, entitled “Maha Rindu”. By being accompanied with pop rhythm, a song with the title “Maha Rindu” mentions that hatred only brings about disaster.Meanwhile, only God, the Almighty is able to give peace in human heart. Even, the wounded souls will miss the Divine and His guidance. the next song from Ungu band. Besides being romantic pop singer, Ungu is also well known due to the religious songs. One of them is “Doa”. Like its title,“Doa” contains of prayer of a follower to Allah. The prayer is a request in order to be given direction for the implementation of the repentance.

The last song is sung by Sarah entitled “Lillahi Ta’ala”. Maesarah Nur Zakah or famous with the name “Sarah” is well known through singing competition at national private television in 2014. Before releasing her first album entitled “Awakening” in 2016, Sarah focused to complete her study. One of her songs entitled “Lilahi Ta’ala” tells about a follower who says gratitude to Allah. She begs to be given His blessing and she surrenders in every her breath and step to Allah.