Rhythm of the Indonesian Archipelago today will invite you to visit a small town in Central Java province, namely Wonosobo. People in the world usually visit Wonosobo to enjoy beautiful scenery from the peak of Dieng slope. The place, which becomes one of the main destinations of Wonosobo, has been well known by domestic and foreign tourists. Various kinds of arts and cultures become evidences that Indonesia is rich of not only beautiful nature or friendly people, but also diverse culture which becomes background of Indonesian people’s life. Culture also becomes way to see civilization in the world. Music is also part of the culture.

Wonosobo becomes the center of the oldest Islamic civilization in Java Island. Although many things have to appear, Wonosobo become a symbol of the city. There is one thing which is not realized by tourists when they come to this small town, namely a unique traditional instrument so-called ‘Bundengan’. The instrument has been played as entertainment of duck breeders since the glory of Majapahit kingdom. Bundengan is the origin of traditional musical instrument from Wonosobo. The instrument is rare because there are not many makers and players of the instrument.

According to Agus Wuryanto a Bundengan player in Wonosobo that Bundengan’ is Javanese traditional instrument. In addition, it is also called ‘Kowangan’ and called ‘Betet’ in East Wonosobo. The Javanese traditional instrument has developed, especially in Kedu region in Wonosobo and surrounding areas. The instrument is made from bamboos which are coated with Selumpring or bamboo stem and  tied with fibers. The instrument is popular among the communities because in the past, it became media of entertainment. According to its function, Kowangan is also used as  tools for shelter for farmers and herdsmen.

The shape of Bundengan which looks like shell poses some questions; one of them is why people call the instrument Bundengan.

"...It is called Bundengan, because from Kowangan name, it contains of instrument and its sound is buzzing. So, it’s called Bundengan. If Javanese people mention that buzzing is called ‘Bundeng’. The instrument has high pitch voice and quite complete. So, it can be mentioned to represent a set of Gamelan, and there is Gendang  sounding like Kempul and Gong.", Agus said.

The simplicity of the form of the instrument does not reflect the melodious rhythm. The genius farmers and breeders are able to present unique music, namely Bundengan. After exploring, the instrument entertained not only the farmers but also the breeders when they were taking a rest at that time.

"...In the past, it was usually used to accompany performances; one of them was Bali Lenggeran, kids’ songs and even for wayang Kedu performance. Because from one of books which was read by me. With its name Kritosanjoyo book, there is one sentence which mentions “Tudung” referring to  Javanese musical instrument as Wayang Kedu accompaniment.", He added.

Bundengan itself has shape like hood which is made from bamboo. The uniqueness of the instrument is its string tucked in between the woven bambooto produce melodious sound and high-pitch. A man with the name Munir who is very proficientto play it, explained how to make Bundengan.

"It is made from dried bamboo, then it cut thin or split and refined, when it has been thin and refined, it is installed on Kowangan. To install racket strings pairs on the sidelines of Kowangan is given the distance among several boxes and should be tight. Then, it is given Gondeni or bamboo’s twig. The twig is split, and fitted to strings and inserted a stick, then it can be tested in the stem", He said.

It is not easy to make the instrument. Understanding the maker of Gamelan music is also a benchmark of the beauty of the sound coming out of the Bundengan.Bundengan is in category of stringed instrument which uses guitar and rubber strings. Furthermore, a Lecturer of Ethnomusicology, Surakarta, Dr. Zukarnain Mistortoify explained about Bundengan.

"...Bundengan instrument consists of some elements, one bowl or Koangan which is plaited by bamboo’s frame to form it like bowl. Then, there are strings which produce sound; there are 4 strings which function as gong, kempul and bende and produce kempul and getuk sound. Because it is different, then the principle of its strainis also varied and there is also a facility to ascend down the strain. Another side is a piece of bamboo which is plugged in its different size and thickness, if it is pluckedto produce different sound.", He explained.

Being simple is the main key which is played by Bundengan physicallybut the simplicity can give the pleasure of a sad heart.

That was a glimpse of information about a traditional music instrument from Wonosobo, Central Java. 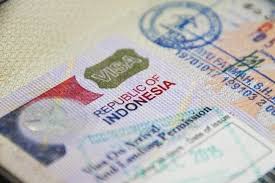 The first information is from Jakarta.

Ministry of Foreign Affairs has denied on the existence of tourist visa for Israeli people. Previously, Haaretz, media of Israel claimed that Israeli people can propose visa to Indonesia as of May 1st. Spokesperson of the Ministry, Arrmanatha Nasir, when being connected by Republika on Friday (4/5) said that news about visa granting for Israel is not true. He emphasized that this has been communicated by Indonesian Minister of Foreign Affairs,  Retno Marsudi, Minister of Tourism, Arief Yahya and Minister of Law and Human Rights, Yasonna Laoli. In addition, the Ministry of Foreign Affairs said that the truth of the news, which was published by Haaretz, has also been denied by Directorate General of Immigration. Head of Public Relations and Public Section of the Directorate General of Immigration, Agung Sampurno said that there is no tourist visa for Israel. Indonesia does not have diplomatic relations with Israel. Thus, Indonesia does not have policy of visa granting for Israeli people.

The next information is from Slovakia.

Acquiescence film directed by Fierrany Halita from Indonesia won the main prize for F-Kids category in International Festival of Sustainable Development Film in Bratislava, Solvakia over the weekend. The award was handed over by the Ministry of Education, Science, Research and Sports of Republic of Slovakia to Indonesian Ambassador to Slovakia,  Adiyatwidi Adiwoso represented by Fierrany Halita. This was stated by Counselor of Socio-Cultural Information of the Indonesian Embassy to Bratislava, Lely Meiliani to Antara News Agency in London on Monday (7/5). The acquiescence film is a short animation one with the theme ‘Environment”. The festival has been held for 44 years and it becomes the biggest film festival in Slovakia. This year, the committee of the festival received 1,300 films from various countries and only 86 films became nomination. The award is the first time for Indonesia to win in the film festival.

We end Diplomatic Corner with the news from Kuala Lumpur, Malaysia. 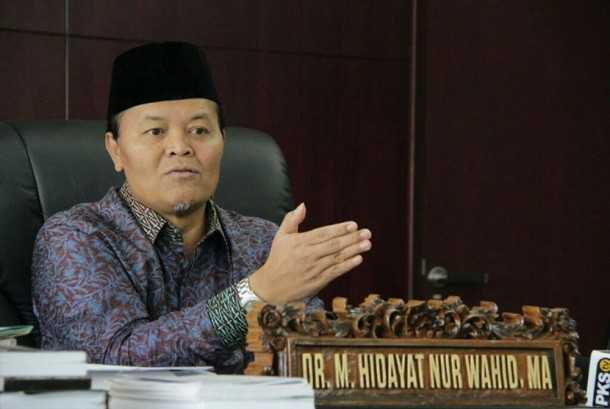 Indonesia is entering the political years: 2018 Regional Head Election -Pilkada and 2019 Presidential Election. Vice Chairman of the People's Consultative Assembly -MPR, Hidayat Nur Wahid in the socialization of Four Pillars of the MPR in Jakarta on Saturday (28/4) reminded that both political years will be full of very strict contestation and competition. He perceived that the democratic activities would be colored with various phenomena both positive and negative aspects.

As quoted from mpr.go.id, Hidayat Nur Wahid also reminded all  Indonesian people to remain passionately and actively participate in the political years. He also asked them to be binding with the Four Pillars of the MPR, namely Pancasila, the 1945 Constitution, the Unitary State of the Republic of Indonesia -NKRI, and Bhinneka Tunggal Ika or Unity in Diversity.

Hidayat further remarked that the implementation of the Regional Head Election, Legislative Elections and Presidential Election is the implementation of Pancasila and the 1945 Constitution in a bid to safeguard the Unitary States of Republic of Indonesia and to deeply understand the diversity of Indonesia. He warned not to make the political years as moment of mutual slander, spreading hatred and hoax news, spreading hostilities or conflict.

Hidayat Nur Wahid also asserted that the people of Indonesia should be grateful that Pancasila formulated by the founders of the nation has been able to become glue and unite the Indonesian nation whose diversity is very high.

Meanwhile, the Secretary General of MPR, Ma'ruf Cahyono in Jakarta (03/5) as quoted by mpr.go.id said that the MPR will continue to socialize the values of Indonesian nationality. Because the challenges ahead will be tighter. To face these challenges, according to Ma'ruf, the Indonesian nation should have two capitals, namely the ideological resilience and strong competitiveness. 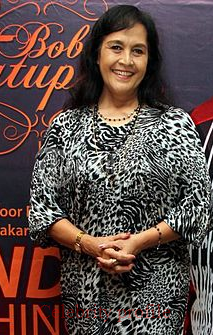 Welcome back to Music Corner, a musical segment which introduces you to Indonesian music, either traditional or modern one. In today’s edition, we present the songs from ​​South Kalimantan Province.

Every region in Indonesia has their own regional songs. Some of the songs are already popular in Indonesia, such as Ampar-Ampar Pisang from ​​South Kalimantan. The Banjar song was composed by Hamiedan AC. This song is usually sung by children in the game. Ampar Ampar Pisang can be defined as spread bananas before drying. In ancient times, banana was one of the main foods in ​​Banjar Kingdom. Bananas are usually processed into various foods, but previously the bananas are dried first. That’s a glance about the story of the song Ampar-Ampar Pisang.

This song is quite easy to remember with a carefree rhythm. Despite having simple lyrics, this song has deep meaning and full of moral messages. In Indonesia, Saputangan Babuncu Ampat means Four Handed Sweep Handkerchief.

In the society, human relationships are always adorned with conflict. However, the conflict often causes pain. As in the lyrics "Luka nang di tangan kawa di babat, luka nang di hati hancur sakali” means Wound on the hands can be bandaged, but the wound in the heart is difficult to cure. The song also has a positive massage to forgive each other. The song ‘Saputangan Babuncu Ampat’ has lyrics of old poems or pantun. Like most old poem, it is often made to convey certain messages.