The target Indonesia of 'Free of Waste 2025' by reducing waste up to 30% by 2025 cannot succeed without high commitment of local government in waste management. The  Ministry of Environment and Forestry (KLHK) continues to encourage local governments to have policies and strategies for handling waste from waste sources to final waste processing. This was confirmed by the Director General of Waste Management, Hazardous Waste and Hazardous Materials (PSLB3), Rosa Vivien Ratnawati in her speech at the Mentoring Program of Local Strategic Policy Guidance (Jakstrada) management of Household Waste and Waste Similar to Household Waste in Kalimantan. The event was held in Jakarta, Wednesday (23/5).

According to Rosa Vivien, the local government should prepare Local Strategic Policy Guidanceas a document describing the target of waste management and achievement quantitatively. Through this guidance the Local Government develops integrated waste management programs from the source to the final processing site (TPA) and is implemented by the entire Organization of the Region. She said that the guidance will be a master plan of waste management in the regionthat measured its achievement gradually until 2025.

To support the implementation of Local Strategic Policy Guidance, the Ministry of Environment and Forestry has established a ministerial regulation on Guidelines for the Formulation of Regional Policies and Strategies for Waste Management of Household and Waste Similarto Household Waste. These guidelines will provide guidance to all regions, both provincial and district / city governments in preparing Local Strategic Policy Guidance.

Director of Waste Management, NovrizalTahar said that waste management problem is a small problem if the mindset in managing waste is changed. The issue of waste heap must be resolved from the source at the household level by sorting waste. Disaggregated waste will be more manageable, so it will be environmentally friendly and potentially have economic value.

The Program for Assistance in the Formulation of Local Strategic Policy Guidelines (Jakstrada) for the management of Household Waste and Waste Similar to Household Waste for Kalimantan Region this time, is the second technical guidance. Previously this program has been run in the area of ​​Bali, West Nusa Tenggara and East Nusa Tenggara. 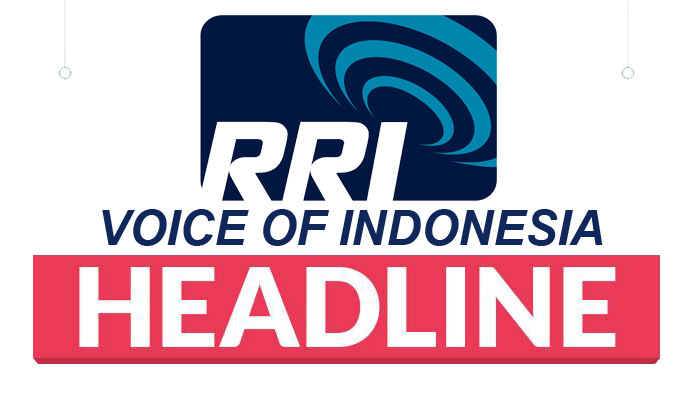 Here are the Headlines of several national newspapers published today, May 31.

Moving on to Republika entitiled, “E-KTP Removal was partial”

The removal of invalid or defective electronic ID card (e-KTP) is ongoing. The removal was carried out at the asset storage of Human Resource Development Agency from Indonesian Human Affairs Ministry in Bogor Regency, West Java. Until Wednesday (30/5), the Ministry’s Population and Civil Registration Directorate General recorded that 56 boxes containing 156.800 e-KTPs were destroyed by being cut in their edges. The number is still lower than the total invalid e-KTP found after unannounced inspection by House of Representative’s Commission II at the storage on Monday (28/5), which reached to 805 thousand. Population and Civil Registration Directorate General targeted the removal will complete in the next two days. Home Affairs Minister, Tjahjo Kumolo explained, the cutting of invalid e-KTP was done to respond the concern among the people. It was because after the scattered e-KTP incident at Salabenda on last Saturday (26/5), some of the public were concerned with the invalid e-KTP being abused.

We end the Headline with Media Indonesia entitled, “Optimizing Preparation for Eid Holiday”.

Ministries and institutions were asked to finish all preparation to welcome this year’s Eid al-Fitr Holiday. The preparation is including not only road and facilities, but also the availability of transportation, fuels, groceries, and security before and during Eid Holiday.

That was affirmed by President Joko Widodo in a closed meeting on Eid Holiday Preparation at the Presidential Office in Jakarta, yesterday. Besides, he also mentioned the preparation of security personnel. President Joko Widodo also demanded the synergy between the police and army in preventing and countering security disturbances during Ramadan and before Eid Holiday so that people can do their religious activities without worry.

Today’s edition of Indonesian Wonder will invite you to visit Kebumen Regency.

Going to Menganti Beach it takes about 2 hours from downtown Kebumen with quite steep roads. But when you arrive at Menganti Beach you can see white sand covered with blue sea water. The landscape is amazing, because the beach is surrounded by green hills and towering cliffs. Traveling to the beach, you can play as much water. You can also blend in, with daily life of the local fishermen. You can also buy directly the fish which also can be grilled. So, you can directly enjoy the fresh fish at Menganti beach.

During your visit in Menganti beach you can enjoy the natural beauty of the object. To get more beautiful views, you can climb the hill on the east side of the beach. At the top of the hill, there is a 20 meters high lighthouse, built by the Dutch in 1912 to 1915 that can be climbed to the top. From the location, you will automatically be able to see the whole coastal area, curves of coral hills, and the blue sea. From the top of the hill, you can also enjoy the beautiful sunrise and sunset. Menganti Beach has been equipped with several facilities that can be used by the visitors, such as gazebo, sitting places, and family villas that can be rented.

In addition to Lighthouse, you also can visit Karangbata cliffs when traveling to Menganti Beach area. In Karangbata Cape, you will see the vastness of the Indian Ocean and a coral island. There are also available huts for shelter. From Karangbata Cape there can be seen other beaches like Karangbata Beach and Peacron Beach in the east.

During the rainy season, the west cliffs of Menganti Beach are adorned with four waterfalls that ran from more than 30 meters high.

That was Indonesian Wonder for today with the topic “Menganti Beach, Kebumen, Central Java”. Welcome back to Music Corner, a musical segment which introduces you to Indonesian music, either traditional or modern one. In today’s edition, we will present the songs from Maluku Region.

Many people viewed the song Rasa Sayange was composed by Paul Pea. “Rasa Sayange”, is a children's and popular song from Maluku sung by Maluku people from generation to generation. It is an expression of affection for the environment and socialization among the people. This song is like a rhyme or poem, which is an oral tradition of the Maluku community.As one of the most popular songs among Maluku people, this song has been dedicated by many Indonesian singers including Vika.

The song “waktu hujan sore-sore”, tells about beautiful singing and dancing in the rain in the afternoon. Almost the same as the previous song, this song is also one of the popular Maluku regional songs, not only among the people of Maluku but also other communities in Indonesia. The song “Waktu Hujan Sore-Sore” is a song to entertain people to change sadness into the happiness.