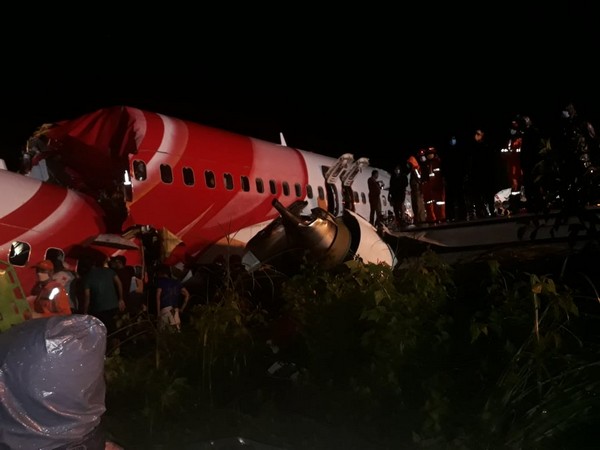 Investigators have found the so-called "black boxes" of a plane that crashed in the southern India state of Kerala, killing at least 18 people. The Air India Express plane, en route from Dubai, skidded off the runway during bad weather before breaking in two while landing at Kozhikode airport. There were 190 people on board the flight and one official said it was a "miracle" the toll was not higher. The flight was repatriating Indians stranded by the coronavirus crisis. First responders to the crash have been asked to go into quarantine. Prime Minister Narendra Modi said he was "pained" by the accident. Flight IX 1134 was carrying 184 passengers, including 10 infants, and six crew when it attempted to land at the airport in Kozhikode, formerly known as Calicut. The Boeing 737 aircraft crashed at 19:40 local time on Friday. Indian media said the pilots could not see the runway during a first attempt at landing due to heavy rain//BBC