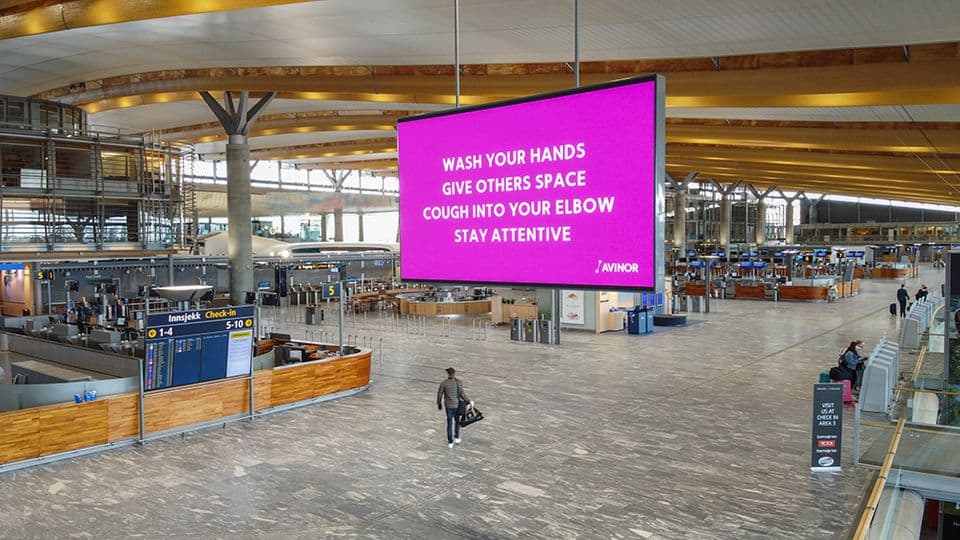 Norway said on Wednesday (27/8) that it will impose a 10-day quarantine on all people arriving from Germany and Liechtenstein from Aug. 29 due to rising numbers of Covid-19 cases in those countries. As quoted by reuters.com ( 27/8), the Norwegian Foreign Ministry said in a statement that similar restrictions will also be imposed on those coming from two additional regions in Sweden. To try to prevent a domestic resurgence of the coronavirus, Norway quarantines all travellers from countries with more than 20 confirmed new Covid-19 cases per 100,000 populations during the past two weeks//Reuters 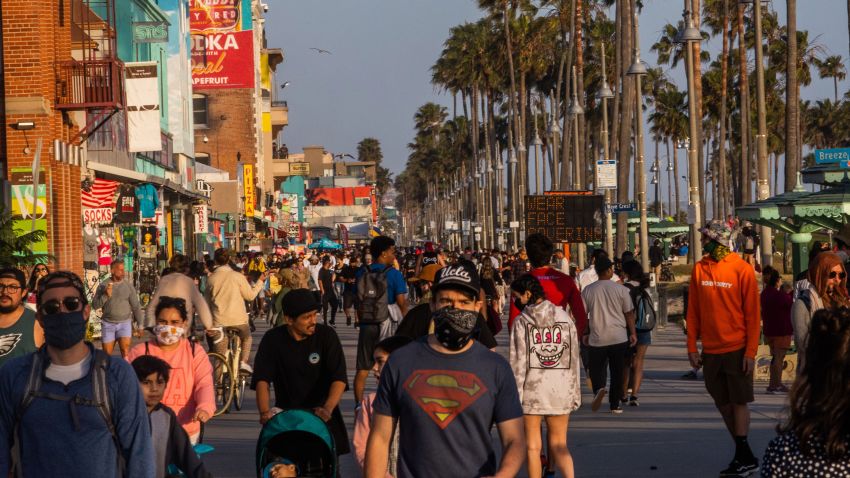 Young people are driving the spread of the coronavirus in the Americas, the head of the Pan American Health Organization (PAHO) Dr. Carissa F. Etienne said on Tuesday, noting that both deaths and caseloads have doubled in the region over the past six weeks. Briefing reporters on a webcast, Dr. Carissa Etienne chastised governments that have rushed economic re-openings despite data that shows a worsening pandemic. The Pan American Health Organization is the Washington-based Americas arm of the UN World Health Organization. Since July, coronavirus cases in the Americas have more than doubled to about 12 million confirmed infections, while deaths have shot up by roughly the same rate to some 450,000.  The vast majority of reported COVID-19 cases in the Americas have been among those between the ages of 19 and 59, but that almost 70% of deaths have been among individuals who are 60 years old or older. She further said, overall, governments should base their re-opening decisions on the best available data and expand testing and contract tracing programs to better identify and control spikes in cases//JP 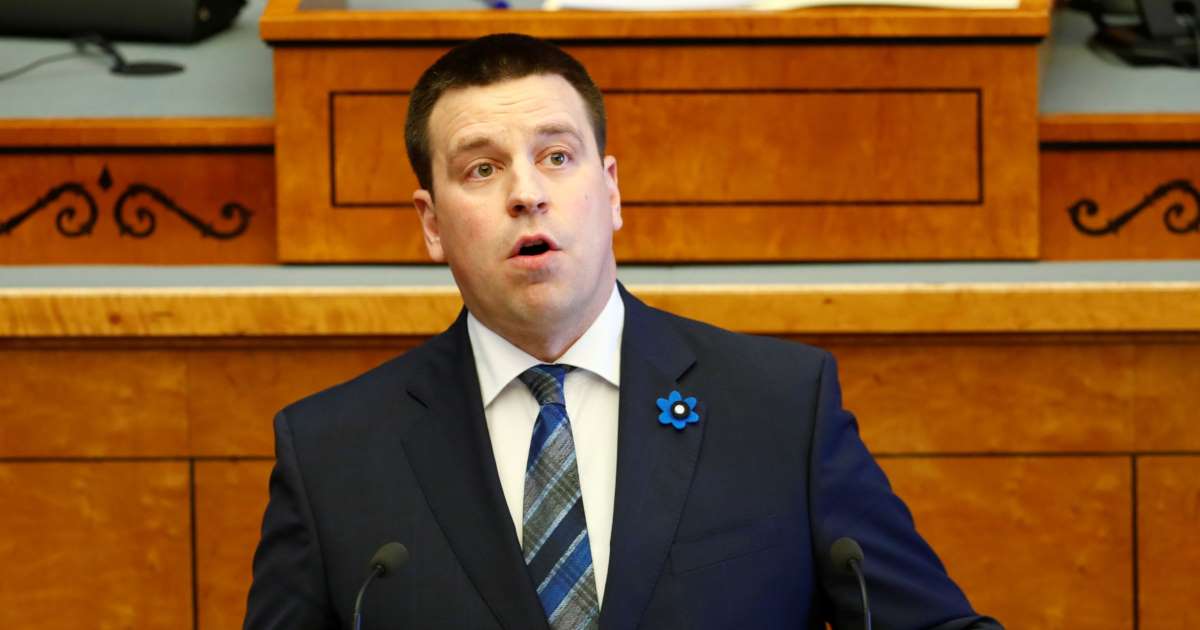 Estonian Prime Minister Juri Ratas has invited US Secretary of State Mike Pompeo to attend the Three Seas Initiative summit to be held in Tallinn on October 19-20, Estonian Public Broadcasting portal ERR reported. The Three Seas Initiative brings together Poland, the Czech Republic, Slovakia, Hungary, Lithuania, Latvia, Estonia, Croatia, Austria, Slovenia, Bulgaria and Romania. Its stated goal is to strengthen cooperation, primarily for the development of infrastructures in the energy, transport and digital sectors, which will positively affect economic growth, cohesion and security of the EU. Earlier, Estonian media reported that US President Donald Trump could come to the summit in Tallinn, as the United States was showing interest in the initiative, seeing in it new opportunities for relations with Europe. According to Ratas, due to presidential elections to be held in the United States this year, Donald Trump is unlikely to come to Tallinn. He also said it was not yet clear whether the summit would be held in Tallinn or by means of a video conference//Sputnik 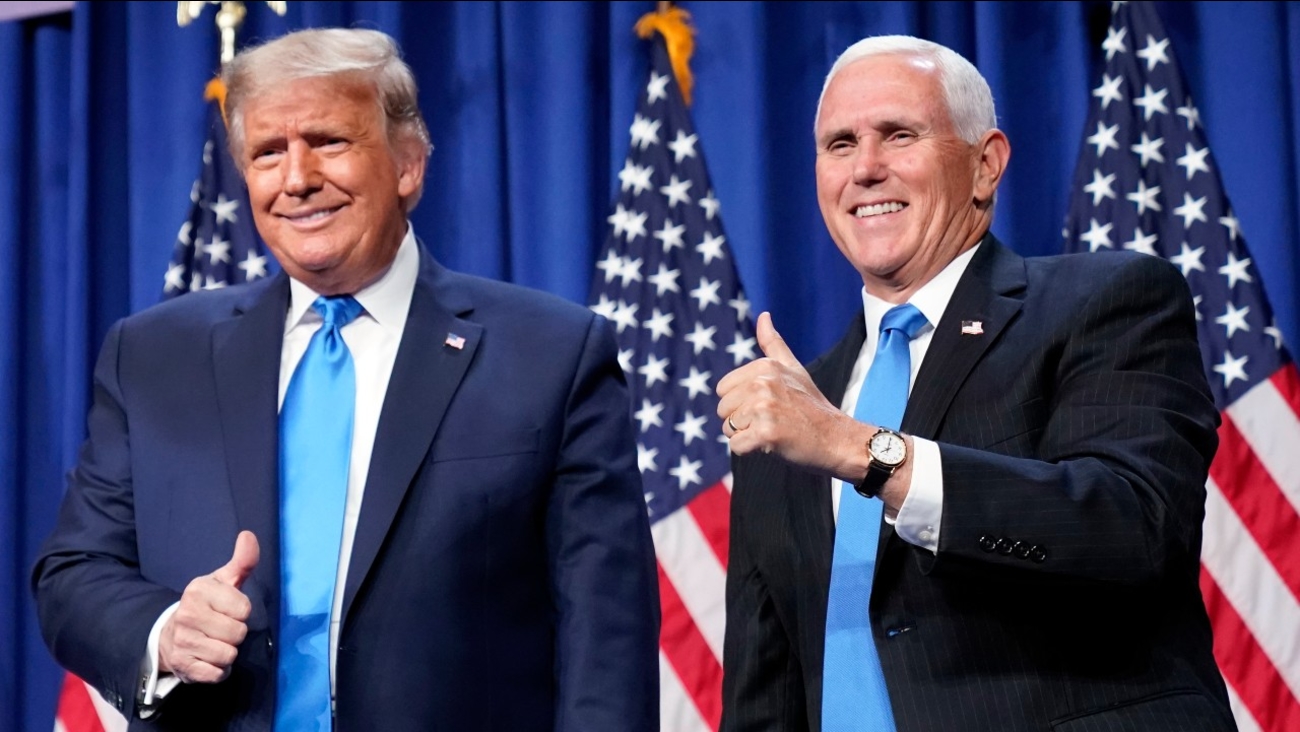 Republicans begin their scaled-down convention, with President Donald Trump making an appearance in person despite it being a mostly virtual event. On Monday, Trump was officially nominated as a formality to be the Republican nominee at his party's convention in the city of Charlotte. The president is expected to make live television addresses on every day of the convention, leading up to his acceptance speech to the party jamboree on Thursday. It is unusual for candidates to address the convention before that point, as Trump has done. President Donald Trump has officially become the Republican presidential nominee during his party's national convention, being held in Charlotte, North Carolina. Donald Trump, who had promised to focus the convention on a more positive and upbeat vision for the country, opened his speech by attacking Democrats for their push to expand access to mail-in ballots during the ongoing pandemic. He warned, without giving evidence, that Democrats planned to rig the contest through the fraudulent use of postal voting.

"They gonna mail out 80 million ballots, it’s impossible they have no idea. Who’s mailing them? Mostly democrats states and democrats governors. Supposing they don’t mail them to the republican neighbourhoods, that means they’re not gonna get them. So they gonna complaint, and the election gonna over and they gonna complaint and then they’ll say well we didn’t get it big deal in the mean time you might loose the election. This is the greatest scam in the history of politics I think, and I’m talking about beyond our nation" President Trump said.

Independent experts said that voter fraud is quite rare in the United States. Polls currently indicate Trump trailing behind his Democratic rival Joe Biden. On the first night of the Republican Party convention, the president's eldest son, Donald Trump Jr, took centre stage and commanded the nation's attention. Firebrand speaker, sportsman and big-game hunter, Trump Jr is doing everything he can to help his father win re-election. The Republican strategy has focused on energising the president's base of supporters, and they see the younger Trump as their ace in the hole. Trump Junior said that America will be better with his father in charge in the white house again.

"America is the greatest country on Earth. But my father entire world view revolves around the idea that we can always do even better. Imagine the life you want to have, one with a great job, a beautiful home, a perfect family, you can have it.  Imagine a country you wanna live in, one with true equal opportunity, where hard work pays off and justice is served with compation and without partiality, you can have it. Imagine a world with their evil of communism and radical islamic terrorism are not giving a chance to spread, where heroes are celebrated and the good guys win. You can hae it. That is the life, that is the country, that is the world that Donald Trump and the republican party are after and yes you can have it" Trump Junior said.

Earlier this week, however, the Trump campaign did release its own bullet-point outline of the president's second-term agenda. The list was a combination of the concrete to allow 100% expensing deductions for essential industries, who bring back their manufacturing to the US// BBC/NK 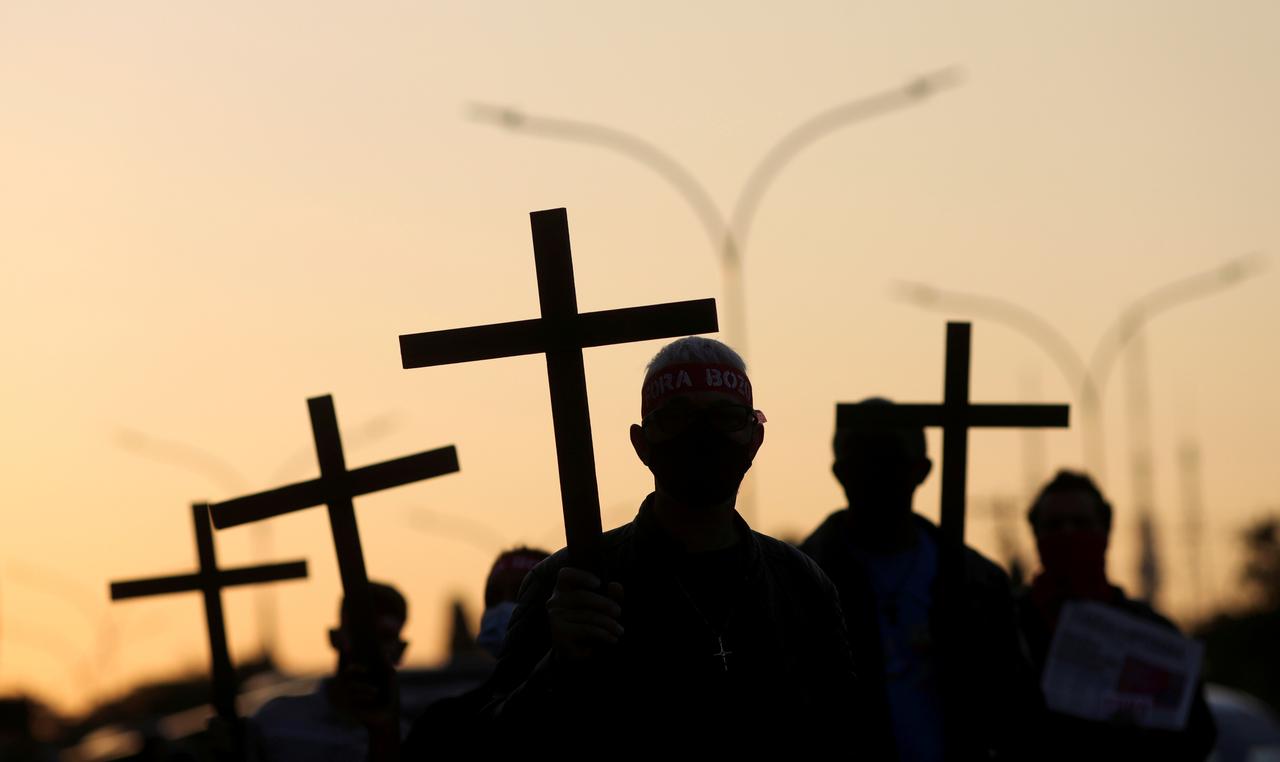 The global death toll from the coronavirus approached 800,000 on Saturday, with the United States, Brazil, and India leading the rise in fatalities.  Nearly 5,900 people are dying every 24 hours from COVID-19 on average, according to Reuters calculations based on data from the past two weeks that ended on Friday. Many public schools and universities reopened classrooms to students despite positive test rates of nearly 20% in some parts of the country. Less than a week after welcoming students, some schools are switching to online-only learning due to a spike in infections. Health experts have raised the alarm that Brazil and the United States still have no coordinated plan to fight the pandemic, as many officials focus on reopening schools and businesses, which is likely to worsen the outbreak//Reuters 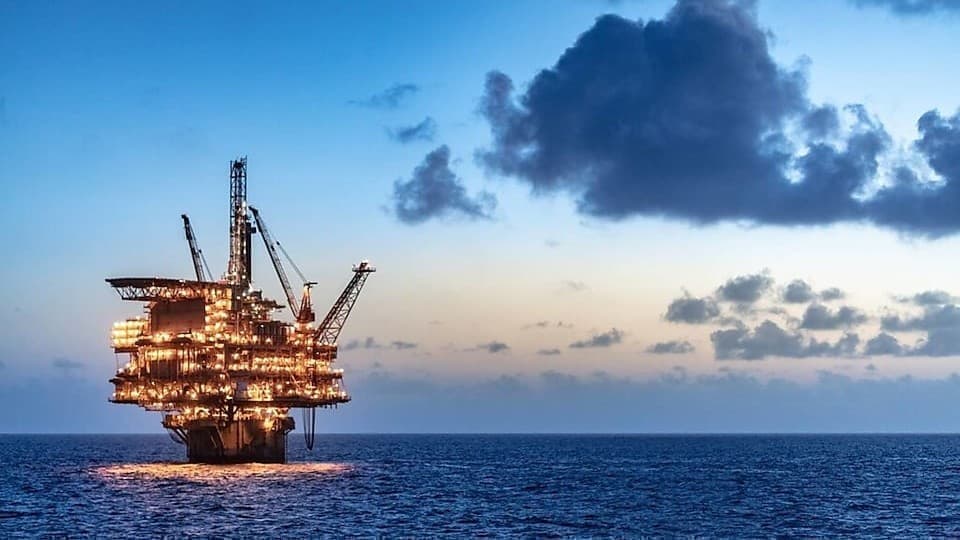 Oil producers shut 13 percent of offshore crude oil production by Saturday, in the US-regulated northern Gulf of Mexico as tropical storms Laura and Marco were forecast to cross the region next week. Royal Dutch Shell said it began shutting down production at most of its offshore operations on Saturday, joining energy majors BP and Chevron, which began shutdowns on Friday.  In addition to the 240,785 barrels per day (bpd) in oil production shut in, as energy companies were evacuating workers. The 4.39 per cent, or 119 million cubic feet per day (mmcfd), of natural gas output from the Gulf was turned off by Saturday, the US Bureau of Safety and Environmental Enforcement said. Storms Marco and Laura are poised to enter the Gulf early next week, with each forecast to make landfalls on the coast by mid-week. However, neither storm is expected to become a major hurricane and the forecast storm tracks cover a wide area//CNA 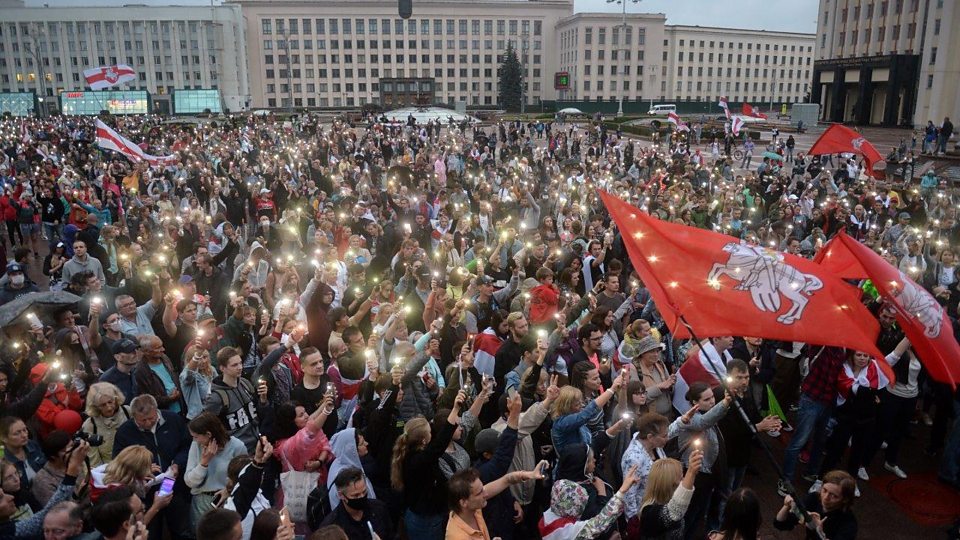 NATO said that claims by Belarusian President Alexander Lukashenko that foreign powers are organising a build-up of troops on the country's border are baseless. The President said he had placed his armed forces on high alert. Protests continued in the streets of Minsk on Saturday following a disputed election two weeks ago. Demonstrators are demanding that President Lukashenko stand down. The leader, who has ruled Belarus for 26 years, claimed the NATO bloc was trying to split up Belarus and install a new president in Minsk. He said troops in Poland and Lithuania were readying themselves, and that he was moving his armed forces to the country's western border.  NATO rejected the claim, saying it posed no threat to Belarus or any other country and has no military build-up in the region. NATO urged Belarus to respect the fundamental human rights of its citizens//BBC 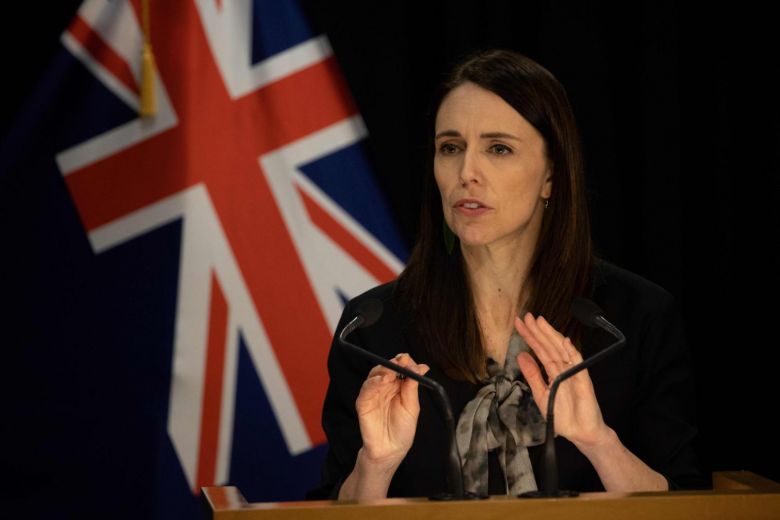 New Zealand Prime Minister Jacinda Ardern has announced a 12-day extension of the country’s Covid-19 restrictions, after a cluster of cases grew to 29. As stated by BBC.com (14/8) there are four “alert levels” in New Zealand, and Auckland has been on Level 3 since Wednesday. PM Ardern said the rest of the country is on Level 2 and both would be extended. New Zealand has had success containing coronavirus and went 102 days without a community transmission. The origin of the cluster in Auckland - New Zealand's largest city with a population of 1.5 million - is still being investigated. The PM said the decision to extend the restrictions was in keeping with the cautionary approach and New Zealand's philosophy of going hard and going early//BBC 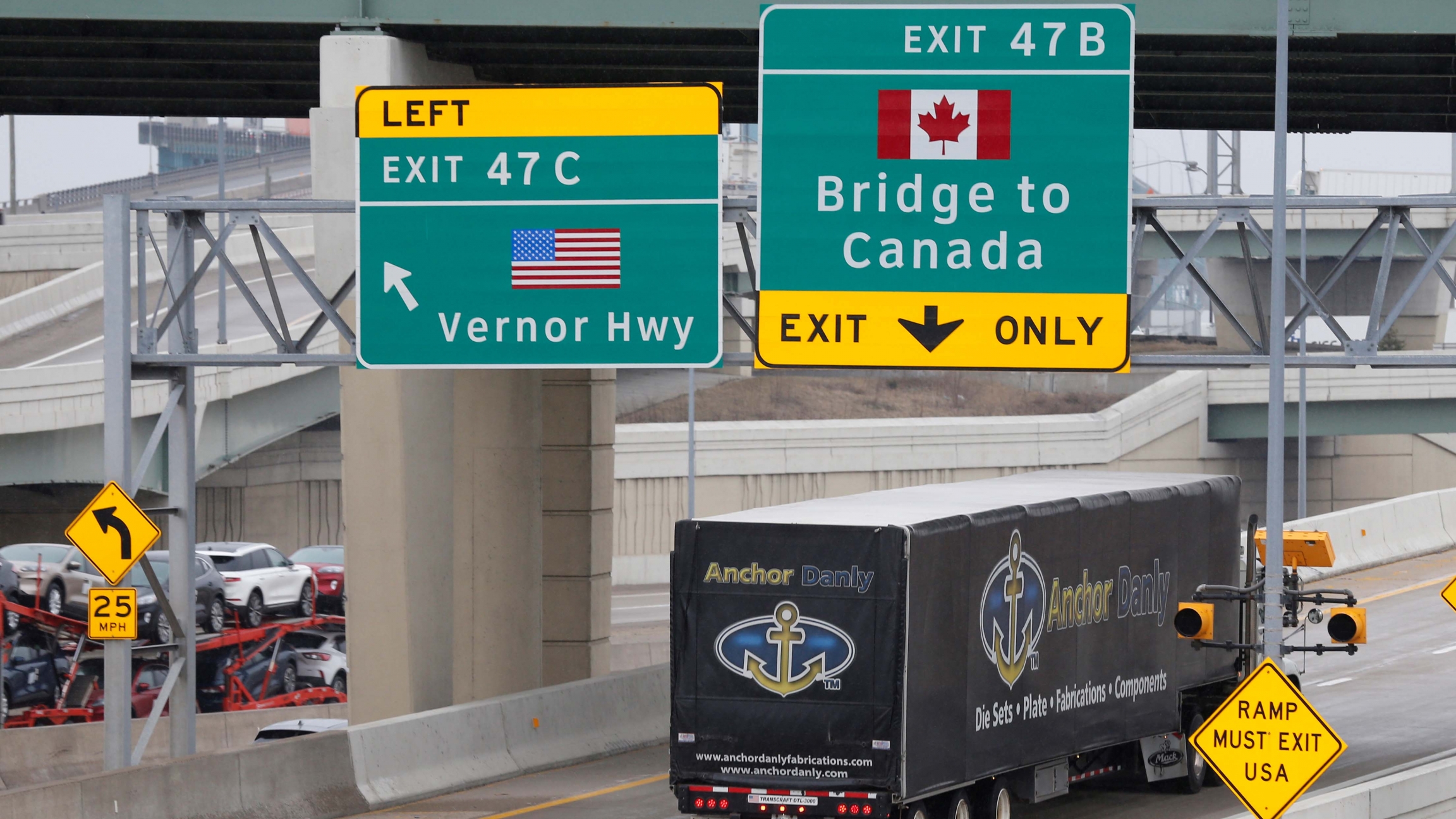 Canada’s public safety minister Bill Blair on Friday said the Canada-U.S. border will remain closed to non-essential travel for at least another month. As stated by APNews.com (14/8) the statement by the Public Safety Minister came a day after Mexico announced a similar measure for its border with the United States. The land border restrictions aimed at controlling the coronavirus pandemic were first announced in March and have been renewed monthly. Many Canadians fear a reopening. Canada has flattened the epidemic curve while the U.S. has more confirmed cases and deaths from COVID-19 than any other country. Essential cross-border workers like health care professionals, airline crews and truck drivers are still permitted to cross. Much of Canada’s food supply comes from or via the U.S. Americans who are returning to America and Canadians who are returning to Canada are also exempted from the border closure//APNews 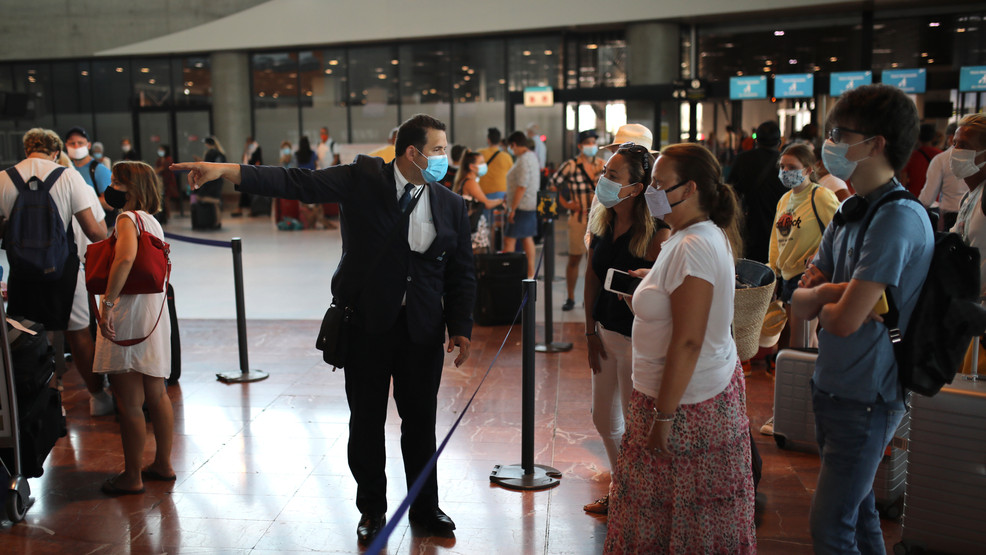 New flare ups of COVID-19 are disrupting the peak summer vacation season across much of Europe, where authorities in some countries are re-imposing restrictions on travellers, closing nightclubs again, banning fireworks displays and expanding mask orders even in chic resort areas. As quoted by APNews.com (15/8) the surges have spread alarm across Europe, which suffered mightily during the spring but appeared in recent months to have largely tamed the coronavirus in ways that the U.S., with its vaunted scientific prowess and the extra time to prepare, cannot seem to manage. The continent’s hardest-hit countries, Britain, Italy, France and Spain, have recorded about 140,000 deaths in all//APNews

WHO downplays danger of coronavirus latching on to food packaging