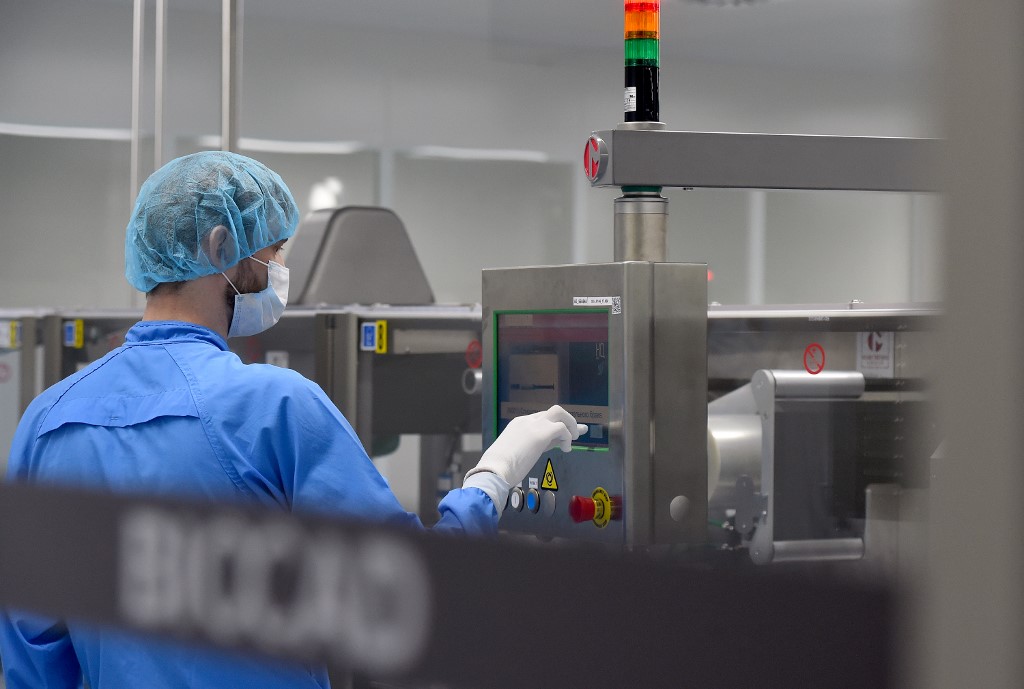 Russia's health minister is preparing a mass vaccination campaign against the novel coronavirus for October, local news agencies reported on Saturday, after a vaccine completed clinical trials. Health Minister Mikhail Murashko said the Gamaleya Institute, a state research facility in Moscow, had completed clinical trials of the vaccine and paperwork is being prepared to register it. He said doctors and teachers would be the first to be vaccinated. A source told Reuters this week that Russia's first potential COVID-19 vaccine would secure local regulatory approval in August and be administered to health workers soon thereafter//JP 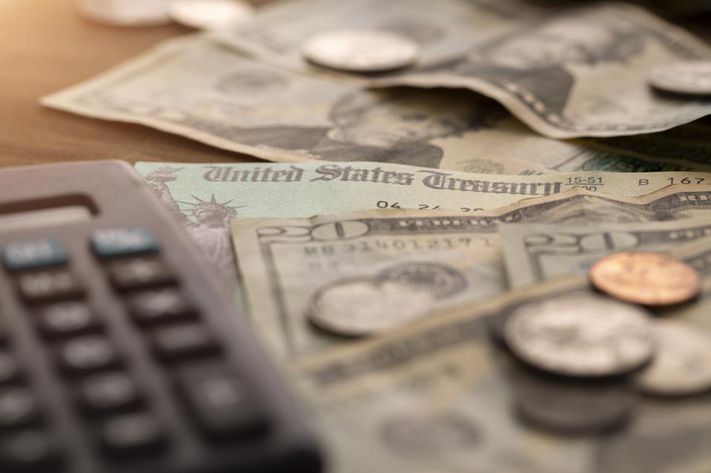 The White House appears keen to endorse a temporary extension of a $600 per week supplemental unemployment benefit, as the popular boost to both the economy and family budgets is about to expire. As quoted by APNews.com (31/7) the idea is a prominent feature of top-level Washington talks on a major election-season COVID-19 response measure. After late-night talks failed to produce a breakthrough, the two sides took their case to the media Friday morning, with White House chief of staff Mark Meadows appearing before reporters on short notice at the exact moment House Speaker Nancy Pelosi appeared at her weekly news conference. Meadows accused Democrats of refusing to negotiate, saying President Donald Trump has instructed him to be “aggressive and forward leaning” in trying to extend the supplemental jobless benefit//APNews

Final days of hajj and Eid festival impacted by coronavirus

Small groups of pilgrims performed one of the final rites of the Islamic hajj on Friday, as Muslims worldwide marked the start of the Eid al-Adha holiday, amid a global pandemic that has impacted nearly every aspect of this year’s pilgrimage and celebrations. As quoted by APNews.com (31/7) the last days of the annual pilgrimage to Mecca in Saudi Arabia coincide with the four-day Eid al-Adha, or “Feast of Sacrifice,” in which Muslims slaughter livestock and distribute the meat to the poor. The pandemic has pushed millions of people around the world closer to the brink of poverty making it harder for many to fulfill the religious tradition of purchasing livestock. In Somalia, the price of meat has slightly increased. Abdishakur Dahir, a civil servant in Mogadishu, said that for the first time he won’t be able to afford goats for Eid because of the impact of the virus on work//APNews

Britain delays easing of lockdown as virus spread speeds up 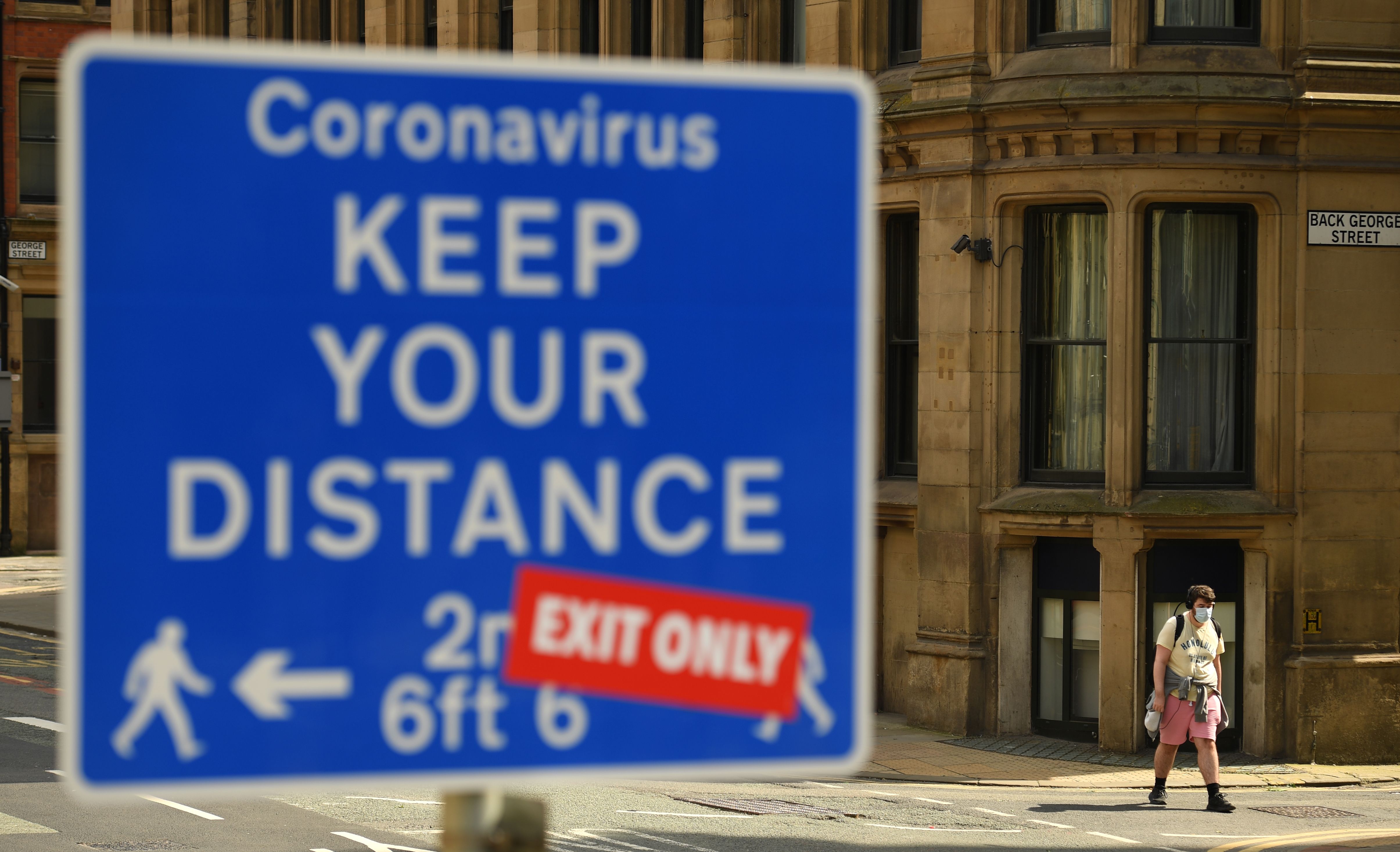 British Prime Minister Boris Johnson put some of the country’s next steps out of lockdown on hold Friday with just a few hours’ notice, saying the number of new coronavirus cases was on the rise for the first time since May. As quoted by APNews.com (31/7) the government’s top medical adviser warned that it was impossible to fully reopen society without the virus running out of control. Johnson said statistics showed that the prevalence of COVID-19 in the community is likely increasing, with an estimated 4,900 new infections every day, up from 2,000 a day at the end of June. Britain has Europe’s highest confirmed death toll in the pandemic, more than 46,000, behind only the United States and Brazil//AP 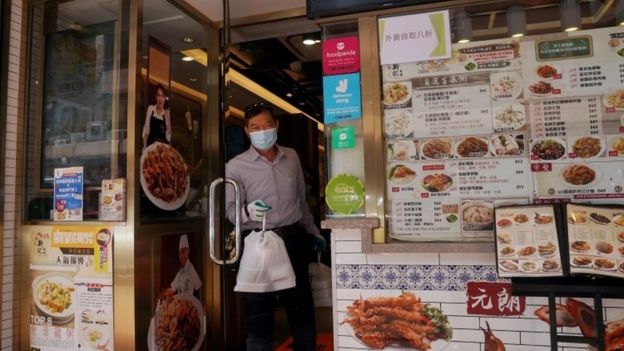 Hong Kong's hospital system could face "collapse" as it grapples with a sharp rise in coronavirus cases. This was warned by Hong Kong Leader, Carrie Lam. As quoted by BBC.com (29/7),  She said that her city was "on the verge of a large-scale community outbreak" and urged people to stay indoors. New regulations, including mandatory face masks and the closure of dine-in restaurants, kicked in on Wednesday. Hong Kong - which had early success against Covid-19 - is now regularly reporting over 100 new daily cases. Less than a month ago, the average number of new daily cases was under 10//BBC 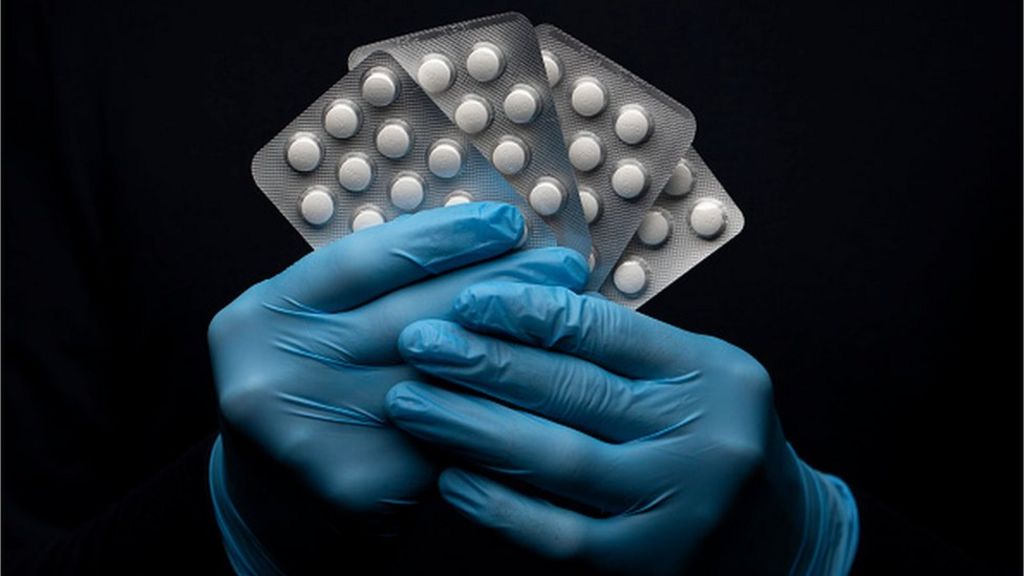 US President, Donald Trump has again defended the use of hydroxychloroquine to ward off coronavirus, contradicting his own public health officials. As quoted by BBC.com ( 29/7), he said the malaria medication was only rejected as a Covid-19 treatment because he had recommended its use. His remarks came after Twitter banned his eldest son for posting a clip promoting hydroxychloroquine. There is no evidence that the drug can fight the virus, and regulators warn it may cause heart problems. On Wednesday (29/7), Dr Anthony Fauci, a leading member of the White House coronavirus task force, told the BBC that hydroxychloroquine was not effective against the virus//BBC 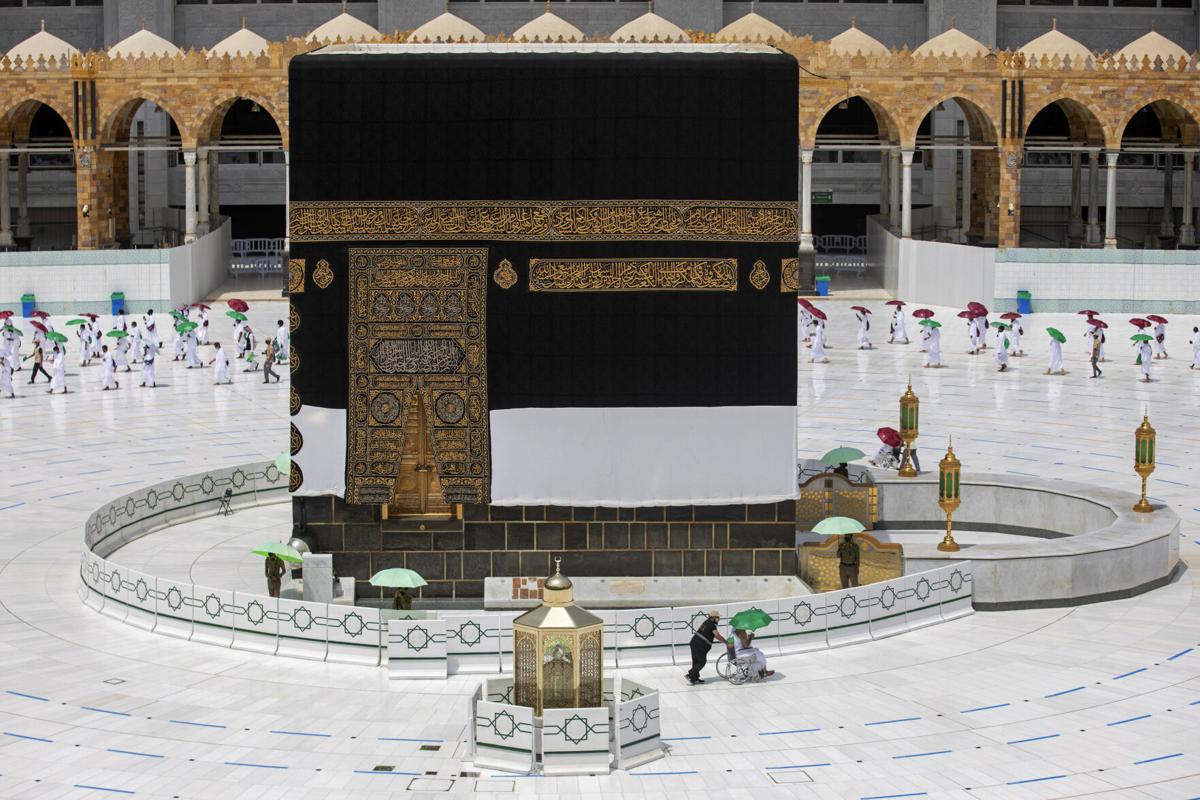 Muslim pilgrims, wearing face masks and moving in small groups after days in isolation, began arriving in Mecca on Wednesday (29/7) for the start of a historically unique and scaled-down hajj experience reshaped by the coronavirus pandemic. As quoted by APNews.com (29/7), the hajj is one of Islam’s most important requirements, performed once in a lifetime.  It follows a route the Prophet Muhammad walked nearly 1,400 years ago and is believed to ultimately trace the footsteps of the prophets Ibrahim and Ismail, or Abraham and Ishmael as they are named in the Bible.The hajj, both physically and spiritually demanding, is intended to bring about greater humility and unity among Muslims//APNews 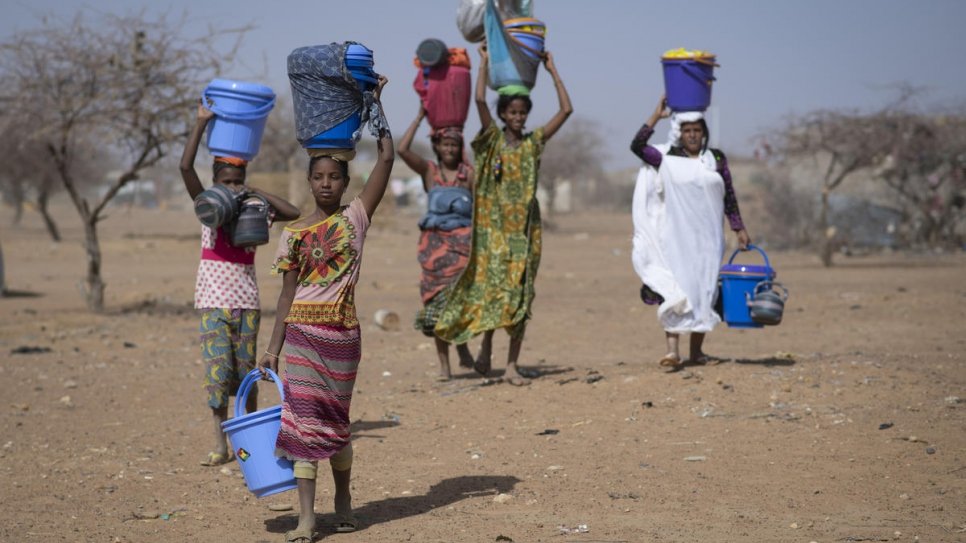 The United Nations High Commissioner for Refugees (UNHCR) has urged the international community to make greater efforts to reduce the deadly risks for displaced people posed by landmines and improvised explosive devices in Africa’s Sahel and Lake Chad basin regions, which have been the site of ongoing conflicts, according to a press release issued on Tuesday. According to the UN agency, mines, unexploded ordnance and improvised explosive devices that numerous anti-government and non-state armed groups widely use to target security forces are killing and injuring an increasing number of civilians. Among the most affected countries in this regard are Sahel's Chad and Nigeria, the agency added. In a recent incident, four refugee minors were killed and three others injured in a refugee camp in eastern Chad after picking up an unexploded device and trying to open it. Since the beginning of 2020, more than 15 of such incidents have been reported. According to the UN agency, the region is currently facing one of the fastest growing displacement crises in the world, with a million people having fled attacks by armed groups against civilians and state institutions, including schools and health facilities. The agency added that the presence of explosive devices is also affecting the delivery of humanitarian aid and development activities//sputnik

No indication new coronavirus is seasonal: WHO 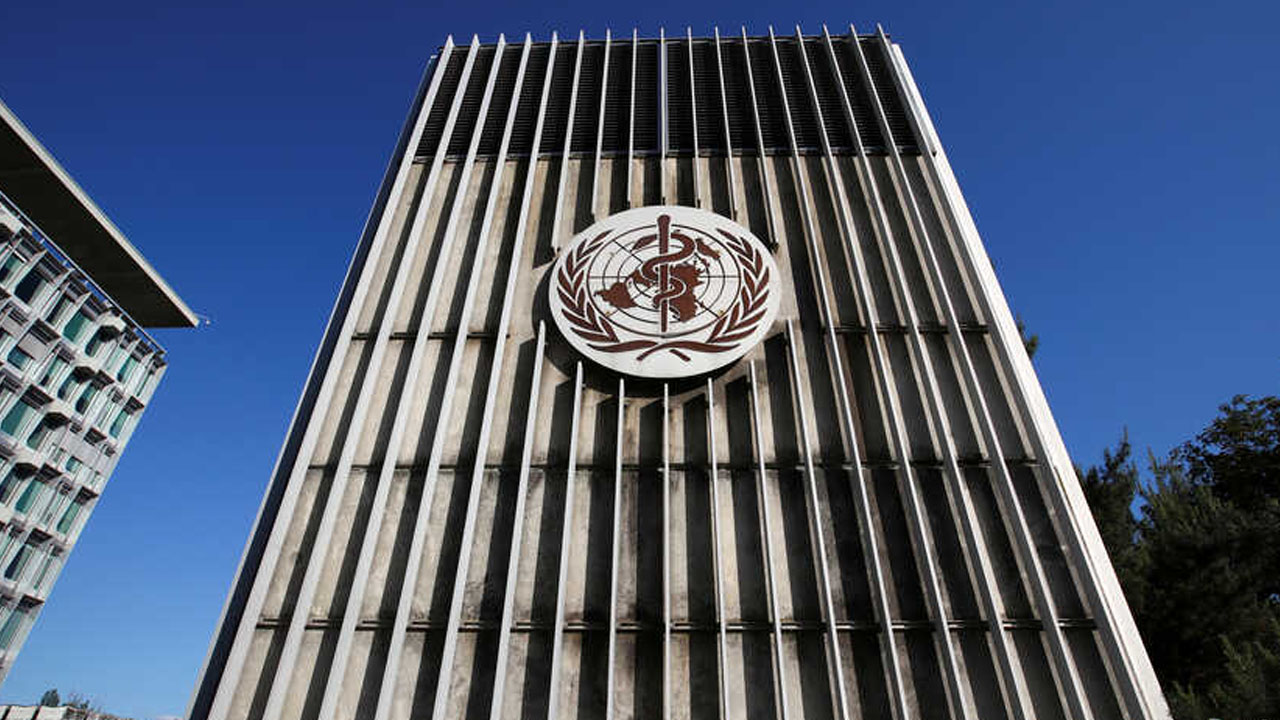 The spread of the novel coronavirus does not appear to be impacted by seasonality, the World Health Organization said Tuesday, warning against false beliefs that summer is safer. WHO spokeswoman Margaret Harris told reporters in a virtual briefing, that some of the hardest-hit countries are currently in the midst of different season. While it is summer in the United States, which with nearly 148,000 deaths and close to 4.3 million cases is the hardest-hit country, the second most affected country Brazil, which counts more than 87,000 deaths, is in winter. This is because people are mistakenly viewing the pandemic through a flu lense, because that is the way the flu behaves. Instead of expecting the virus to behave like other viruses that are more familiar, she said people should look at what is actually known about how to stop transmission of COVID-19. What works, the spokeswoman further said, is physical distancing, hand washing, wearing a mask where appropriate, always covering up sneezes and coughs, staying home when experiencing symptoms, the isolation of cases and quarantining of contacts//JP 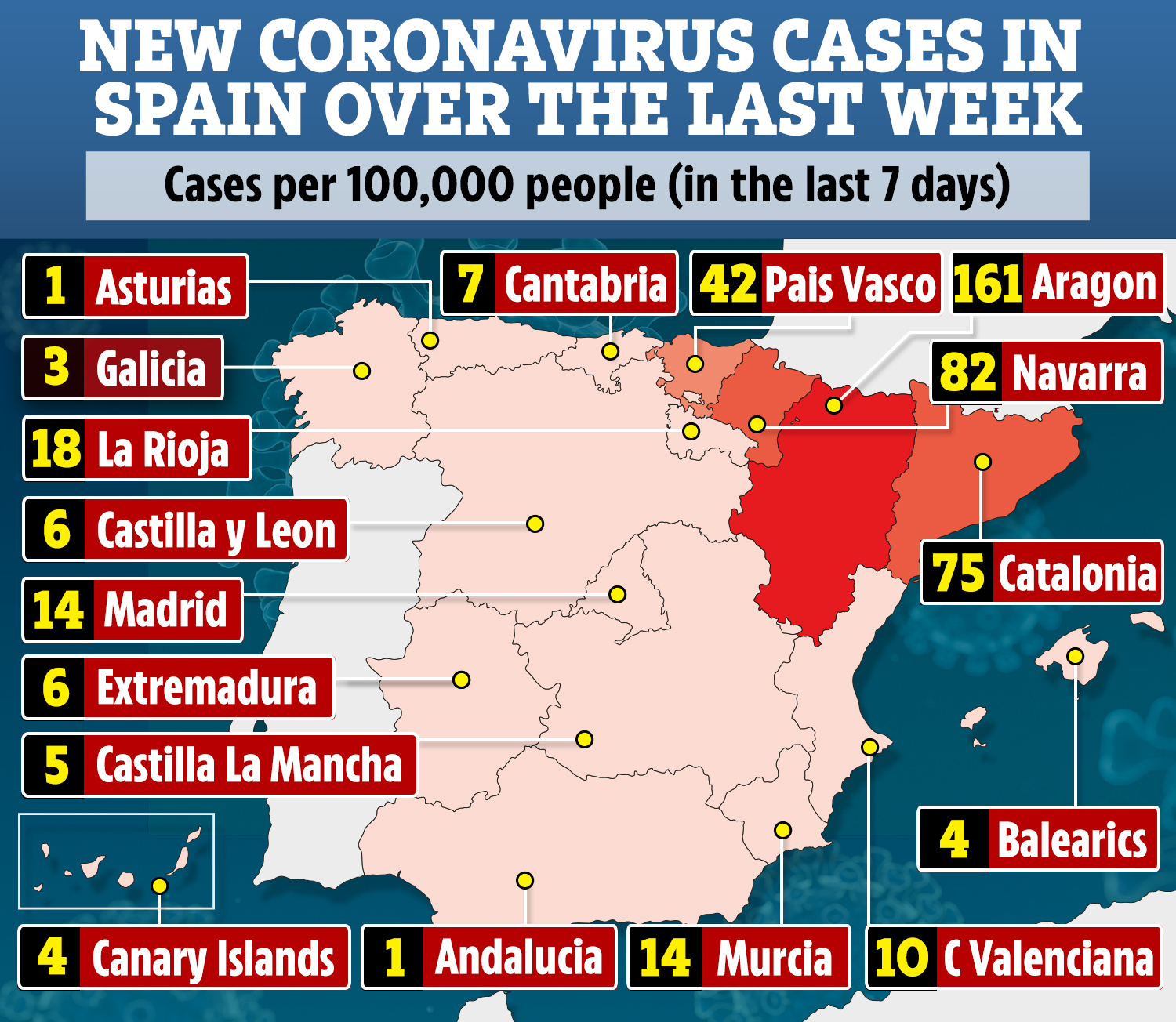 UK Prime minister, Boris Johnson has warned there are signs of a "second wave" of coronavirus in Europe, as he defended a 14-day quarantine on travellers from Spain. The PM said the government had to be "swift" - and hinted at further action against other countries if necessary. The UK Foreign Office is advising against all non-essential travel to Spain including to the Balearic and Canary Islands. Spain has seen a recent rise in the number of Covid-19 infections in some areas, with 47 cases per 100,000 people over the last two weeks. The UK by comparison has 15 cases per 100,000. France has similar levels of disease, while Germany has fewer than 9 cases per 100,000 people. In the worst-hit parts of Spain, partial lockdowns are being reinstated. In the capital Madrid the authorities have announced the compulsory wearing of face masks. The impact of the latest restrictions on travel to and from Spain has led to calls for coronavirus testing for people arriving in the UK, instead of quarantine. The government says it's looking at a range of options. There are signs of a second wave of the coronavirus pandemic in parts of Europe according to Boris Johnson, who's been defending his government's handling of the crisis and the sudden imposition of quarantine on travellers from every part of Spain. Speaking during a visit to Nottinghamshire, PM Johnson said that the signs of second wave of covid 19 in Europe begins to show.

"Let's be absolutely clear about what's happening in Europe, amongst some of our European friends, I'm afraid you are starting to see in some places the signs of a second wave of the pandemic. And we all remember what happen last time its absolutely vital therefore we make the necessary preparation here in the UK" Prime Minister said.

The UK government decision to impose a 14-day quarantine on everyone arriving from Spain was "unjust", the country's prime minister has said. Pedro Sánchez said tourists in most Spanish regions would be safer from coronavirus than in the UK, and he was hoping Britain would rethink its move.

"Take the cannary island, the balearic, the regions of Valencia, Andalucia where there is I empashize a lower prevelence of the virus then in the UK" Prime minister Sanchez said

Meanwhile,Scottish First Minister Nicola Sturgeon echoed UK PM Johnson's concerns, saying that they are currently seeing a worrying resurgence of Covid in European countries. She warned potential travellers not to assume quarantine measures would remain the same at the time of booking a holiday as when they returned.

"If you are in a position to have a holiday or want to take a holiday, the safest way of doing so is to stay here in Scotland. So you avoid the risk of foreign travel but you also an adding bonus helping the Scottish tourism industry as well" Prime Minister Sturgeon said.

The Department of Health said there had been a handful of suspected cases this month where a person had tested positive for the coronavirus after returning to the UK from Spain. But it added these were not a factor in evidence presented to ministers and that the decision to reintroduce a quarantine for arrivals from Spain was taken because of rising infection rates there//NK/BBC

Pilgrims arrive in Mecca for downsized hajj amid pandemic

White House, Democrats at odds on virus aid but talking