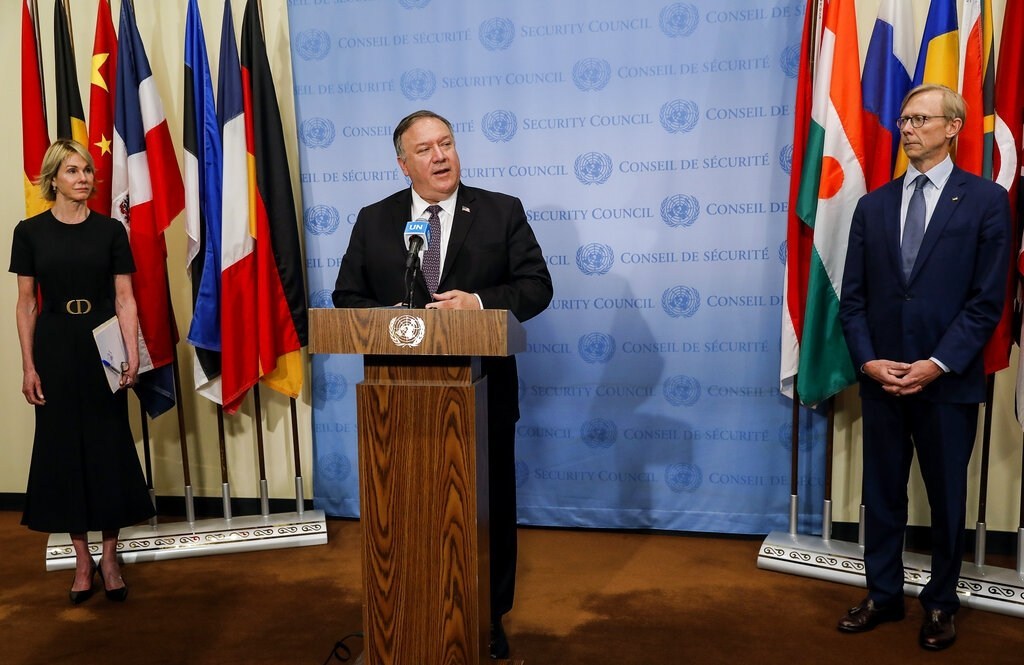 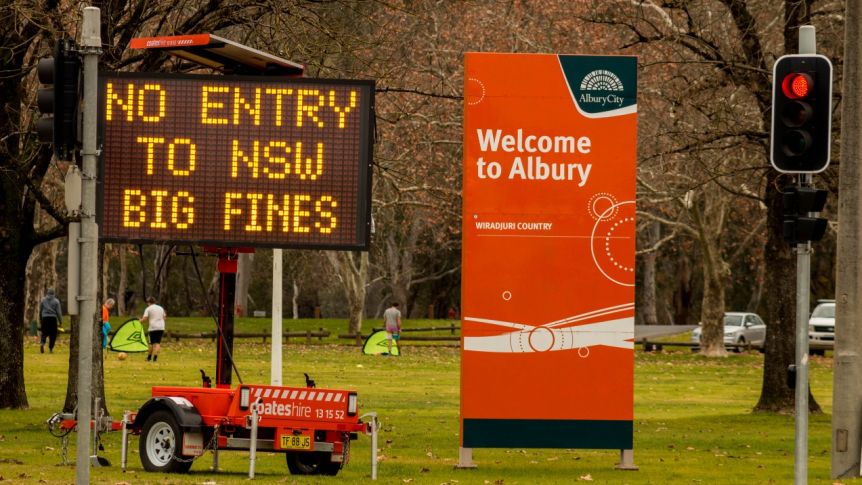 Health authorities in New South Wales, Australia had confirmed 13 new coronavirus infections, while restriction for residents on the New South Wales-Victorian border has been eased. There were 14,815 tests completed during the reporting period and NSW has now recorded 3,874 cases. Prime Minister Gladys Berejiklian announced the easing of restrictions for residents and businesses on the NSW-Victorian border on Tuesday (Sept 1), which will come into force on Friday.

"Pleasingly, having obviously heard the sustained concerns of the community, and seeing the rates of infection in Victoria decline, from this Friday the border region, will be extended to that initial 50 kilometres on either side of the border. Service new south wales and the community has a few days to adjust to that. We want to make sure that unlike the previous changes we gave as much notice as possible so people will started to planning a hit" PM said.

PM Gladys Berejiklian added that she was hesitant to ever close the border and did not want it closed for a day longer than necessary but there had been some difficulty in getting up-to-date information on transmission and testing rates in Victoria, which prevented the border from opening.

"I was very hesitant in closing the border but we won’t be hesitant, we won’t leave a day longer then we need to. But we have to make sure it’s the right thing to do at the right time and it’s in order to make sure we keep the community save.  What we’ve done in all stages during the pandemic especially in the last 6 or 7 weeks is make sure we didn’t go down the path with victoria. And that’s why we work overtime because now eventhough I know its frustating for the people in this community, think of the alternative which would be had we had to shut down New South Wales none of us will be moving around as freely as we are. Bussines won’t be able to do anything. And so as difficult as it’s been, please know the government decission, my decission was coming from a place of good intention and offcourse as I said we won’t leave the border closed for a day longer then we need to" She said

At present, Victorian border residents with permits to enter NSW must stay within a 2.5km zone but that will now be extended back to the original 50km either side of the border introduced in July. The NSW Government would be closely watching transmission in Victoria over the next fortnight, but could not yet give a timeline on when NSW would open completely to Victoria//ABC AUS 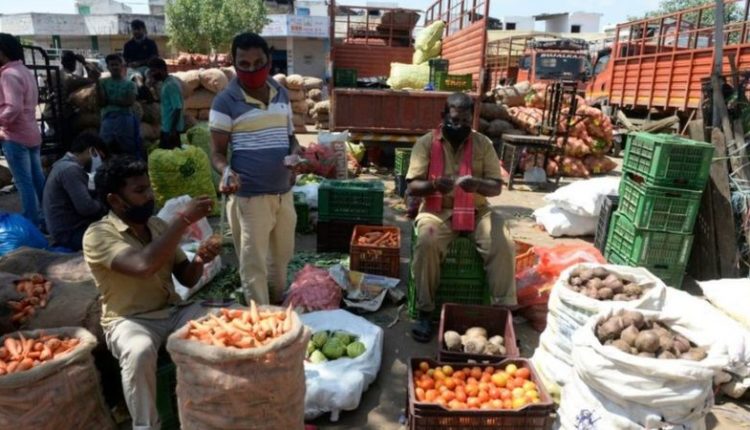 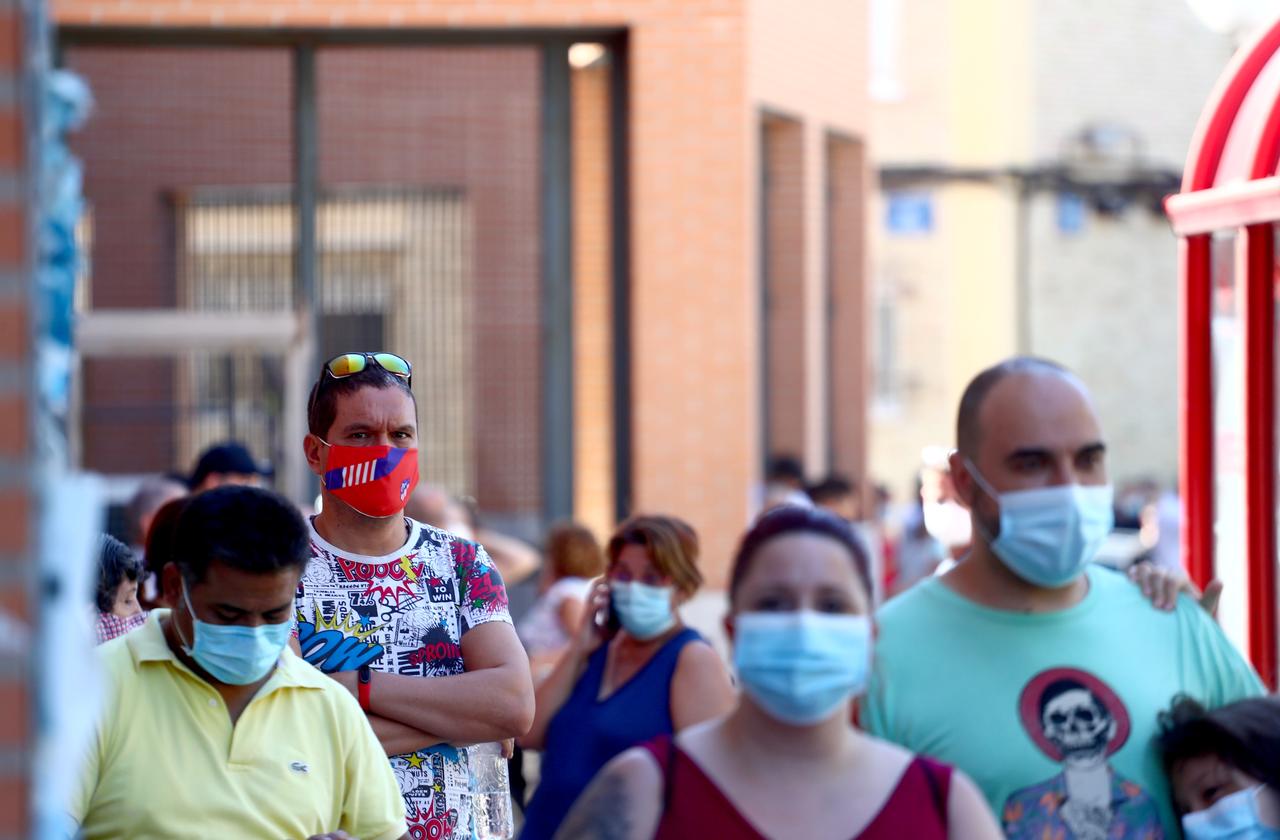 Spain has registered more than 23,000 new COVID-19 cases since Friday, health emergency chief Fernando Simon told a news conference on Monday, suggesting the infection rate had declined slightly from an Aug. 21 peak. As stated by Reuters.com on Monday(31/8), Health ministry data showed 2,489 new cases were diagnosed in the past 24 hours, bringing the total since the onset of the pandemic to 462,858. With the new academic year fast approaching and Spain registering the highest number of cases in western Europe, Simon sought to assuage fears that schools could turn into vectors for mass contagion. He said if the appropriate safety measures are applied, the probability of transmission is negligible//Reuters 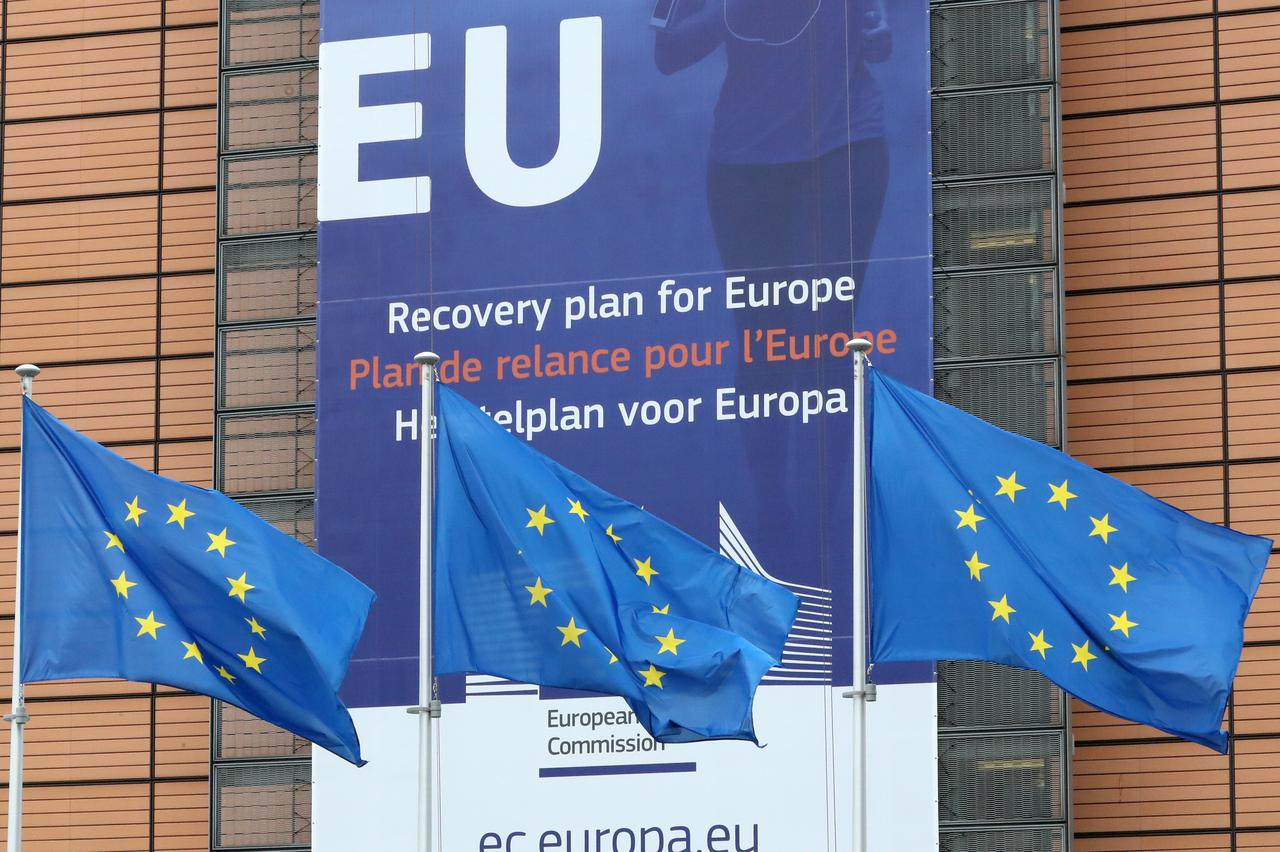 The European Commission said it would contribute 400 million euros ($478 million) to an initiative led by the World Health Organization to buy COVID-19 vaccines, but did not clarify whether EU states would acquire shots through the WHO scheme. As stated by Reuters.com Monday (31/8) the COVAX initiative aims to purchase for all countries in the world 2 billion doses of potential COVID-19 shots from several vaccine makers by the end of 2021. Tedros Adhanom Ghebreyesus, WHO director-general, and Seth Berkley, head of the GAVI vaccine alliance, welcomed the financial support. Tedros said in a tweet “ Big thanks to the European Commision for their contribution to the COVAX facility and for standing firm on their commitment to multilateralism”. The Commission said on Monday that the EU financial support will be provided through guarantees//Reuters 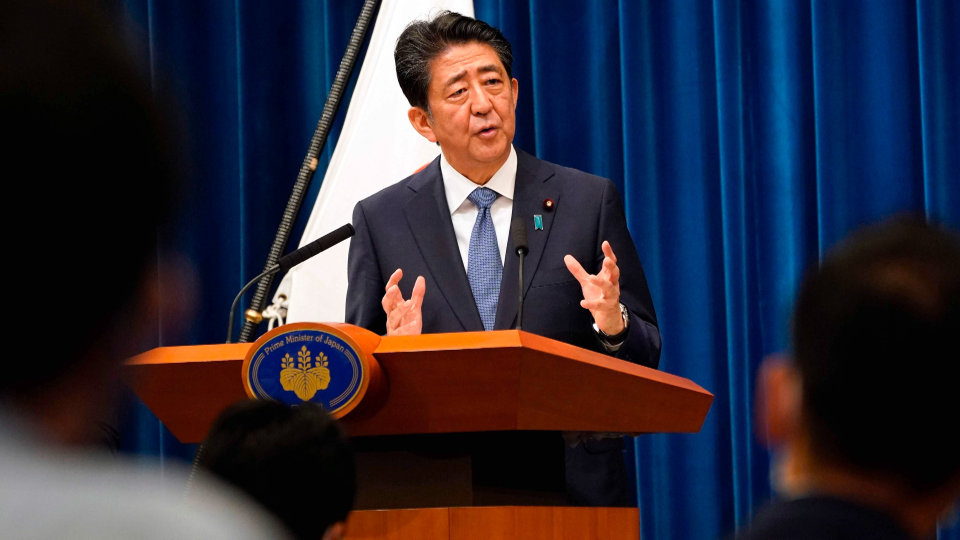 Lebanese Ambassador to Germany, Mustapha Adib is poised to be designated prime minister on Monday after winning the support of major parties to form a new government facing a crippling financial crisis and the aftermath of the Beirut port explosion. He is set to be designated just ahead of a visit by French President, Emmanuel Macron, who is center stage in international efforts to press Lebanese politicians to address a crisis seen as the worst since the 1975-90 civil war.The previous government led by Hassan Diab quit on Aug 10 over the port blast in which a massive amount of unsafely stored chemicals detonated. The post of prime minister must go to a Sunni Muslim in Lebanon's sectarian system. Adib's candidacy won vital political backing on Sunday from former prime ministers including Saad al-Hariri, who heads the biggest Sunni party, the Future Movement//CNA

US floats idea of early approval for eventual COVID-19 vaccine

Head of the US Food and Drug Administration, Stephen Hahn raised the possibility in an interview published on Sunday (30/8) that a future vaccine against the coronavirus might be given emergency approval before the end of trials designed to ensure its safety and effectiveness. A request for such extraordinary approval would have to come from the vaccine developer. Three Western drugs makers are well along with their Phase 3 clinical trials, involving tens of thousands of participants. The three are AstraZeneca, which is partnering with Oxford University in England; Moderna, collaborating with the US National Institutes of Health, and the Pfizer/BioNTech alliance. Half of the participants in such trials receive an experimental vaccine, while the other half are given a placebo//CNA 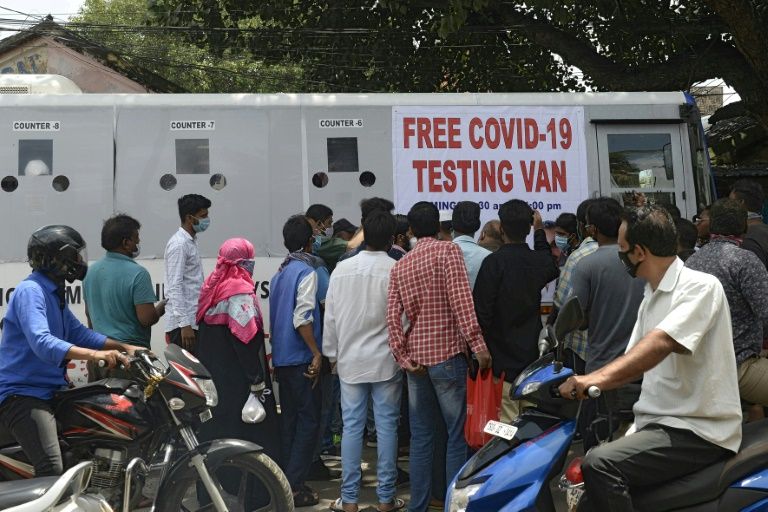 India has set a record for the world's highest single-day increase in coronavirus cases. The nation, the world's third-most infected, on Sunday (30/8) reported that there are 78,761 new cases in 24 hours, passing the number posted in the US on 17 July. The rise comes as the government continues to lift restrictions in a bid to boost an economy that lost millions of jobs when the virus hit in March. An upsurge of Covid-19 in many rural areas continues to be a major concern. According to Johns Hopkins University research, on Sunday, global infections passed the 25 million mark, with 843,000 deaths. The US remains the most affected nation, closing in on six million infections//BBC

Coronavirus: Campaign to encourage workers back to offices 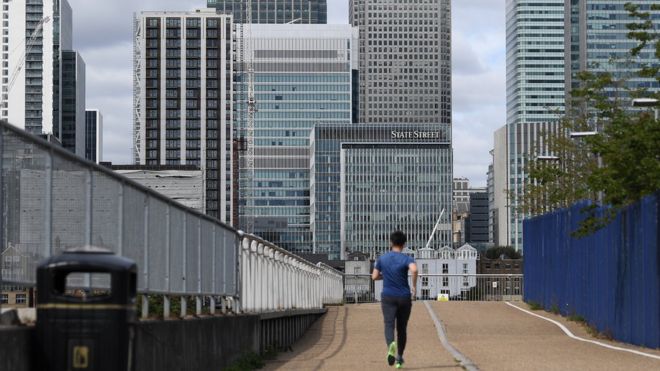 People will again be encouraged to go back to their workplaces as part of a government campaign starting next week. Employers who have had staff working from home for months will be asked to reassure them that it is safe to return by highlighting measures being taken to prevent the spread of Covid-19.MBusiness leaders have warned of damage being done to city centres as people stay away from offices. The campaign will launch as most schools in England and Wales reopen. It will predominantly be promoted through regional media, the BBC's political correspondent Iain Watson said. Whitehall sources insist the campaign will not suggest those who continue to work from home are at any greater risk of losing their jobs, he added. Labour's shadow business minister, Lucy Powell, said no one should be forced "to choose between their health and their job" and the government should "categorically rule out" any campaign suggesting people could lose their job if they refuse to return to the office. A BBC study found 50 major UK employers had no plans to return all staff to the office full-time in the near future. One of the main reasons given was that firms could not see a way of accommodating large numbers of staff while social distancing regulations were still in place//BBC