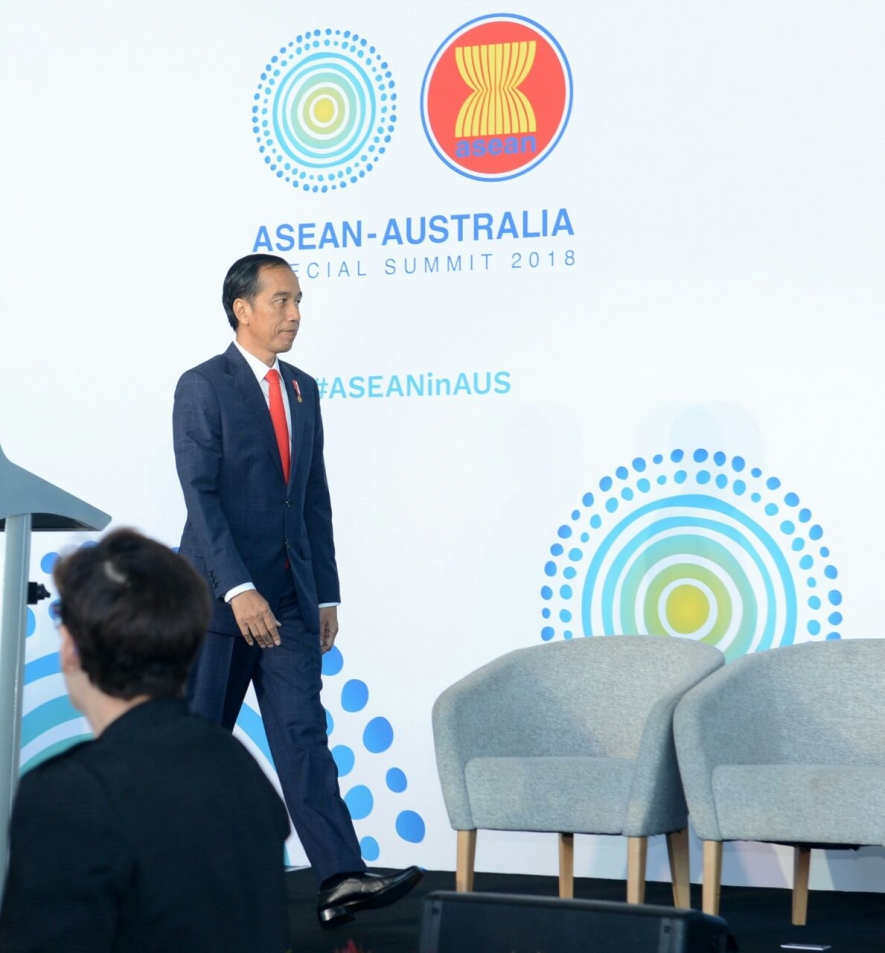 President Joko Widodo (Jokowi) continues to promote the Indo-Pacific concept to the ASEAN member countries and Australia."President Jokowi is focusing on the importance of strengthening cooperation in the Indian Ocean based on the strong cooperation in the Asia-Pacific region," Indonesian Foreign Minister Retno Marsudi said in Sydney on Sunday ( 18 March )Retno said the importance of strong cooperation in the Indian Ocean was in line with the Indo-Pacific concept that Indonesia was developing. The Indonesian foreign minister revealed a number of points of discussion that were delivered by President Jokowi during the retreat of the ASEAN-Australia Summit 2018 on Sunday."Indonesia is currently in consultation with many countries including ASEAN to develop a transparent and inclusive Indo-Pacific concept," she said.Indonesia, she said, emphasized the development of habit of dialogue, habit of cooperation and respect for international law. She said that Indonesia was in consultation with ASEAN and will soon be hosting the "One and Half-Track Diplomacy" discussing the Indo-Pacific concept."We have talked to China, Japan, Russia, the United States and to Australia.The point is that what Indonesia is developing with other key players is a concept that puts the habit of dialogue and cooperation. It is not the habit of (unhealthy) competition, which could harm everyone or at least become a zero sum in the end," said Retno.She said that what have been achieved such as stability, peace and prosperity by Indonesia and ASEAN over the last 50 years can be maintained in the future. "At this time, the concept being developed, or being discussed is related to the Indo-Pacific. Indonesia comes up with the concept that is being consulted to the key players so that it can commonly be shared. There should no single country which would feel being left behind Indonesia," said Retno. ( antara )