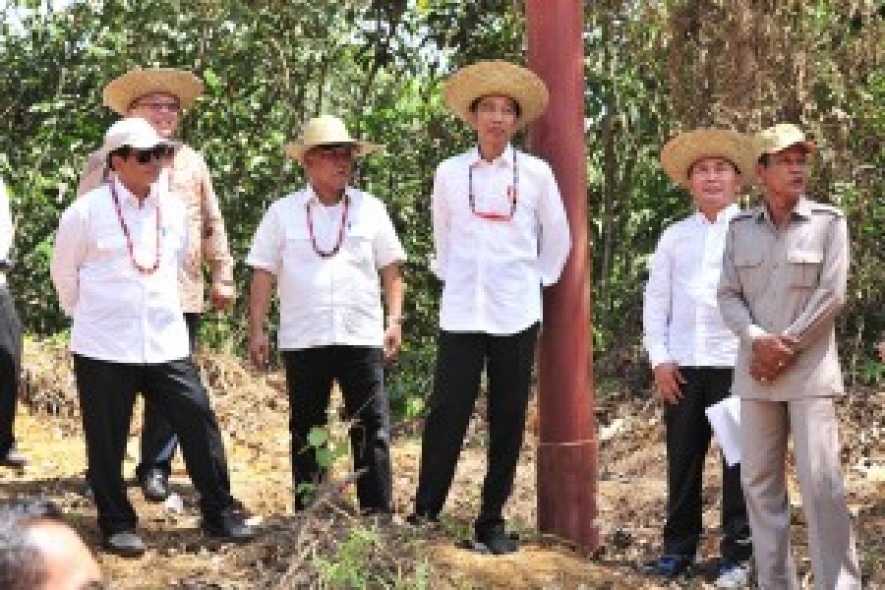 According to the President, Gunung Mas regency has the largest area compared to other candidates such as Soeharto Hill in East Kalimantan and Central Kalimantan provincial capital Balikpapan.

“More than 300,000 hectares of lands are ready here (in Gunung Mas regency),” the President said.

However, feasibility from other aspects is currently still under review. “This not involves one or two aspects only,” he added.

Nevertheless, President Jokowi gave no direct answer when asked by reporters regarding a location most suitable among the three candidates for the new capital. “I conduct the inspection to get the feelings and the team will conduct a thorough study which will make it easier to decide,” he said.

The President went on to say that each candidate has its plus and minus points. Gunung Mas regency, for example, is not a flood-free and earthquake-free area; yet it lacks infrastructure so infrastructure must be developed from scratch. Meanwhile, as for Balikpapan, the water is salty and the city is a flood-prone area, he said

Moving the capital city is a big long-term vision to prepare Indonesia to become a developed country and it will be useful in coming years, the President said.

On that occasion, President Jokowi also acknowledged that First President Soekarno must have strong grounds as to why he chose Central Kalimantan as the new seat of the Government to replace Jakarta.

“It is impossible to decide without proper data and facts,” he said. (setkab)