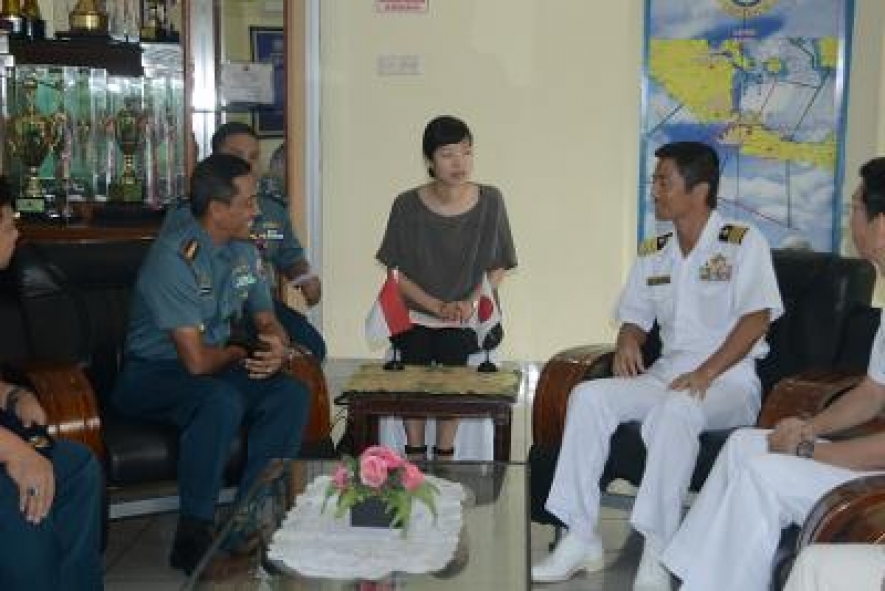 Meeting between the officers of Indonesian and Japanese Navy lantamal 3

Head of the Delegation of Captain Takahiro Nisyiyama and Commander of the Japanese Battleship "JS Samidare" Commander Gen Kawai "along with the entourage carried out an honorary visit to the Navy Base Head Quarter in Jakarta on  Wednesday (8/5).

They  was received by Vice Commander of the Base,  Colonel  I Made Wirahadi A.W. representing  First Admiral TNI Denih Hendrata. He was accompanied by several officers of the base, Colonel Sugianto, Colonel Ahmad Alfajar, Colonel (KH) Muhadi and Colonel Laut  Anggun Nan Tungga.

Before the visit to Mako Lantamal III, the delegation of the Japanese warship delegation had also carried out a visit to the 1st Fleet Base , and then they would also visit National Hero Cemetery, Kalibata.

The visit aimed to strengthen the friendly relations between the Indonesian government,, Navy and the Japanese Navy. (lantamal 3)