Mar. 3 - The Mount Merapi National Park Center (BTNGM) pegged that the process of restoring the forest destroyed by the eruption of Mount Merapi would take tens of years to return to a secondary forest."Restoration of the forest destroyed by the eruption of Mount Merapi will be conducted in stages according to the extent of damage. This will take a long time, up to tens of years," Head of BTNGM Pujiati stated here on Wednesday.A major eruption of Mount Merapi in 2010 caused serious damage to a vast area of forest located on the slope of Merapi, she remarked."During the 2010 Merapi eruption, the area affected was quite extensive, and the forest area of Cangkringan Sub-district, Sleman District, bore the maximum impact," Pujiati noted.The restoration process will take a long time, spanning even decades, right from growing shrubs to returning it back to a secondary forest, she explained."From one to two years after the eruption, shrub and pioneer species begin to grow, and then three to five years after the eruption, the growth of pioneer species begins to cover the open areas. From six to 10 years, shrubs and pioneer species’ vegetation start to grow to become a secondary forest," she stated.Furthermore, it takes a long process to turn a secondary forest into old secondary forest until the stage that it is finally classified as a primary forest."This growth process will take about 25 years until it becomes an old secondary forest and is gradually replaced by sub-climax and climax types and then into a primary forest. This process takes a long time, even hundreds of years, provided there is no other disturbance or another eruption," she remarked.As part of the efforts to restore the Merapi forest, BTNGM has been planting in areas acutely affected by the erupted since 2011."Currently, the status of Mount Merapi is still at level III, or alert, as the volcanic activities are high. Later, when the Merapi activities slow down, we will monitor the damage in the affected forests by using drones," she stated. (Antaranews) 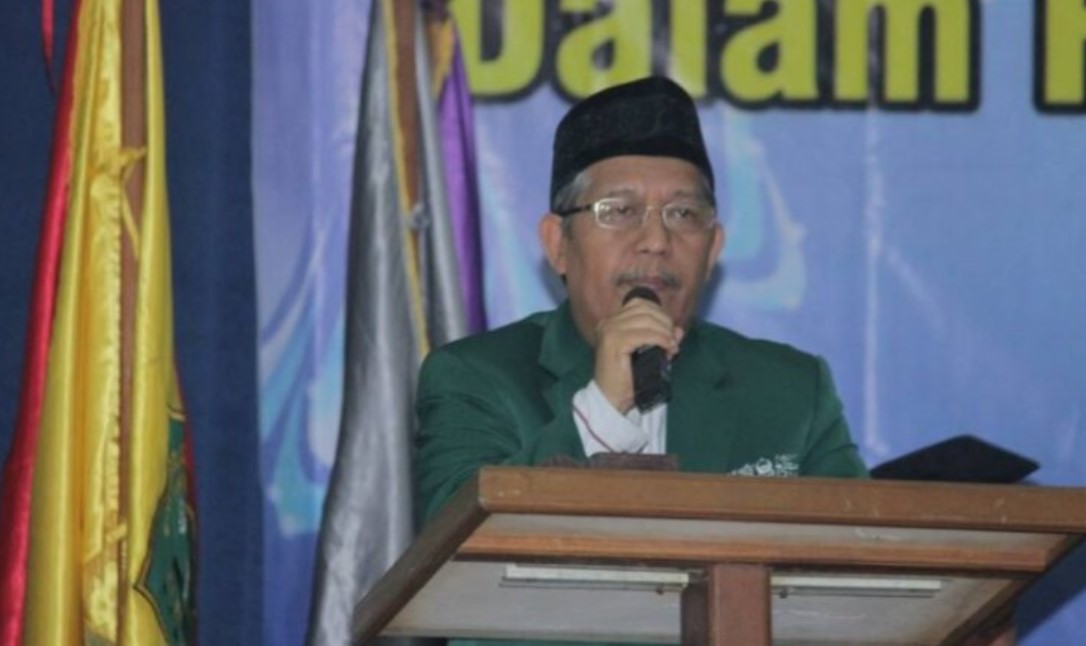 Mar. 3 - Mathla'ul Anwar has heaped praise on President Joko Widodo for revoking a presidential regulation allowing investments in the liquor industry."Alhamdulillah (Thank God), he listened to the aspirations of multi-faith communities," Mathla'ul Anwar general chairman KH Ahmad Sadeli Karim said here on Tuesday.As a Muslim organization, the Mathla'ul Anwar was completely opposed to the government’s decision to allow investments in the manufacturing of alcoholic beverages and their trade in Indonesia, he told local journalists.President Widodo on Tuesday announced his decision to reverse Presidential Regulation No. 10 of 2021 on Investment that regulates investment permits for the liquor industry.Appearing on the Indonesian Presidential Secretariat's YouTube channel, Widodo said he had revoked the regulation's attachment on the liquor industry-related investment permit.He said he had based his decision on inputs from several figures, including the Indonesian Council of Ulema (MUI), and regions.Widodo’s decision was also lauded by Mardani Ali Sera, a legislator from the opposition camp at the House of Representatives (DPR).According to Sera, the President had finally paid heed to the sentiments and inputs of different elements of the society."A lesson stands to be learnt from this matter -- that building a nation necessitates upholding principles," he remarked.He said President Widodo's decision ultimately reflected his attention to the public's voice, though all stood to take a cue from this case for the future.“Mr. President alone has affirmed that development of Indonesia's human resources is directed to be (his administration's) main priority," he stated.Reversing the controversial decision would salvage the government's prioritized programs that have been firmly prepared by President Widodo, he remarked.Sera also urged Widodo to trace back how the liquor industry-investment permit was adopted in the attachment."I laud the decision because he has paid attention to the public's voices. Please, do not allow such a similar decision be taken again," he emphasized.Early this week, the Prosperous Justice Party (PKS) had officially voiced its opposition to the government's decision to open up investment in the liquor industry.  (Antaranews) 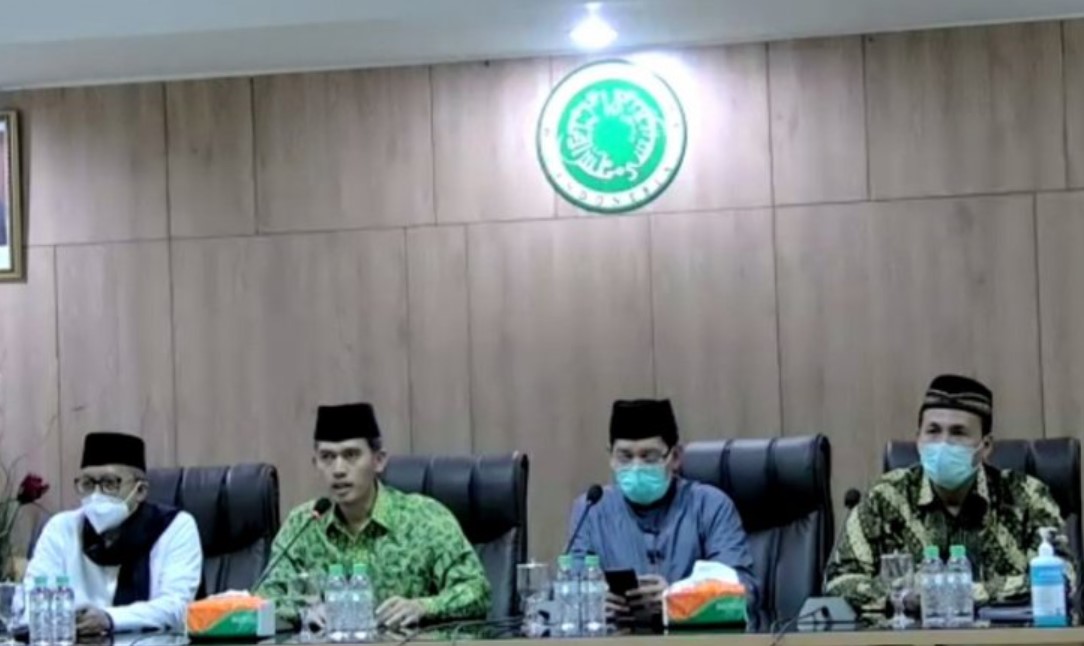 Mar. 3 - The Indonesian Ulema Council (MUI) lauded President Joko Widodo for revoking a regulation allowing investments in the alcoholic beverages industry."The President has responded wisely to the aspirations of the community regarding the views conveyed by MUI, NU, Muhammadiyah, religious leaders, community leaders, and various elements of society, with statements and policies taken by the President through revocation of attachments related to investments in the alcoholic beverages industry," head of MUI's fatwa commission, Asrorun Ni’am Sholeh, said during an online press conference in Jakarta on Tuesday.According to him, the revocation of the regulation allowing investments in the liquor industry reflects the government's seriousness in listening to the sentiments of the community and also its commitment to working for the benefit of the nation.He added that his party also hopes that this momentum can be used to study all provisions of laws and regulations that can hurt society."This includes the provisions of laws and regulations that allow the circulation of the production and abuse of liquor in the community," he said.He also suggested that the government involve the civil society in the formulation of laws and regulations.The President on Tuesday revoked Presidential Regulation Number 10 of 2021 on investment in business fields, including the licensing of investment in the alcoholic beverages industry."I, herewith, decide to declare that the appendix to the presidential regulation on the opening of new investment in the alcoholic beverages industry is revoked," he announced on the Presidential Secretariat's YouTube channel.Widodo had on February 2, 2021 signed the regulation to open up investment in the alcoholic beverages industry in the provinces of Bali, East Nusa Tenggara, North Sulawesi, and Papua.The regulation was issued as a follow-up to the job creation law passed by the House of Representatives (DPR) last year.The presidential regulation did not specifically regulate liquor, but capital investment.The head of state said the decision was taken based on inputs from several sources."After receiving inputs from the ulemas of MUI (the Indonesian Ulemas Council), Nahdlatul Ulama, and Muhammadiyah, as well as other mass organizations and other religious figures as well as provincial and district administrations (I have decided to revoke it),” he stated. (Antaranews)

International flights not opened for foreign tourists yet: Hartarto 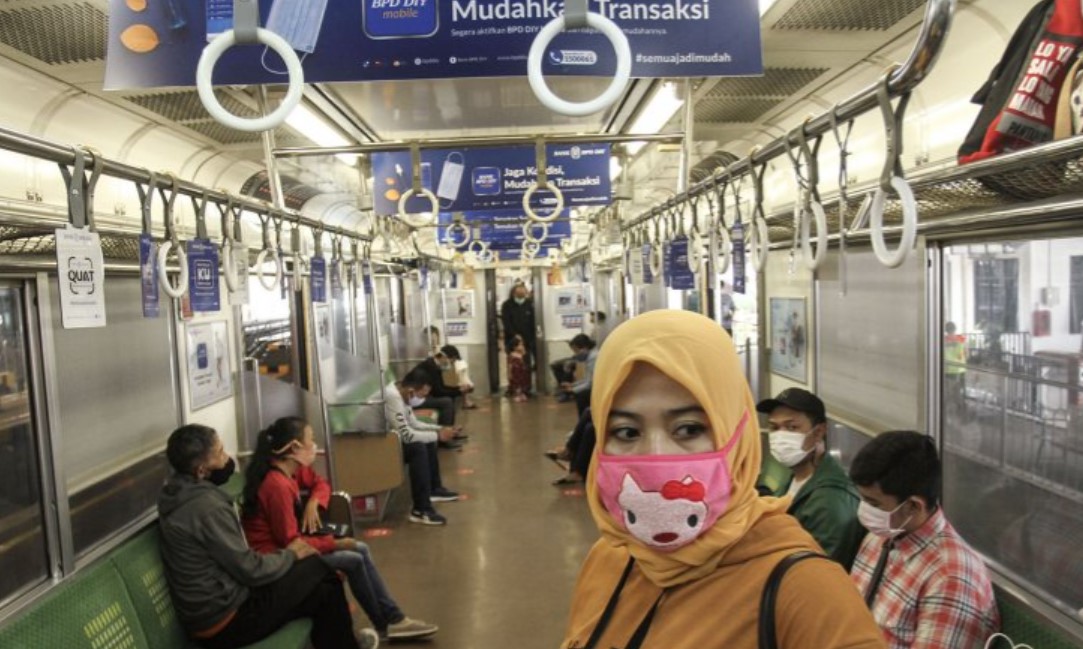 Mar. 2 - Coordinating Minister for Economic Affairs, Airlangga Hartarto, has said Indonesia has still not opened all international flight routes, particularly for foreign tourists, this year owing to the COVID-19 pandemic."Now, there are travel bubbles based on bilateral agreements," the minister said while speaking at the 2021 MNC Group Investor Forum here on Tuesday.But, currently, a limited number of international flights have been opened in Indonesia, mainly to cater to people who need to travel for some specific purpose and for essential trips.Meanwhile, to encourage tourism, the government is relying on domestic tourists while urging them to adhere to health protocols so that the spread of COVID-19 can be controlled, the minister said.Hence, following the rollout of the nationwide vaccination program, the government has been preparing a policy package for tourism, he added./“Domestic tourists are serving as our PR, and we hope the vaccination program can help us achieve herd immunity as 70 million people are expected to be vaccinated by the middle of the year. That will be a game-changer for the tourism sector,” he remarked.In addition, the government is preparing a policy to further support hotels, restaurants, and cafes, he informed."We are working on it. We will find a solution so that the operation in that sector is not too complicated. The government is currently reviewing it," he said.According to the Central Statistics Agency (BPS) Office in Jakarta, the number of foreign tourists visiting Jakarta dived 94.3 percent to 1,244 in January, 2021 from 21,858 in December, 2020.“Compared to the same month last year, the number of tourist arrivals in January, 2021 also plummeted 99.28 percent,” said chief of the BPS Office in Jakarta, Buyung Airlangga, during an online press conference on Monday.South Korea (90) led in the number of tourist arrivals in January, 2021, followed by Saudi Arabia (66), China (61), the United States (52) and Japan (44). (Antaranews)