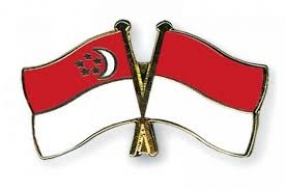 Indonesian Defense Minister Ryamizard Ryacudu and his Singaporean counterpart, Ng Eng Hen, held another bilateral talks to discuss enhanced counter-terrorism cooperation at the Singaporean Defense Ministry on Monday. In his a press statement released on Monday, Ryacudu underscored the importance of more integrated and transparent counter-terrorism cooperation between the two nations,The two defense ministers also discussed a planned meeting between Singaporean Prime Minister Lee Hsien Loong and Indonesian President Joko Widodo in the Indonesian resort island of Bali to discuss progress achieved in defense cooperation including the concept of planned intelligence cooperation.Both Ryacudu and Ng Eng Hen also agreed that the joint statement "Our Eyes" will lay a regional platform for the exchange of intelligence information started from ASEAN.  Six ASEAN member states, Indonesia, Brunei Darussalam, Malaysia, Singapore, the Philippines, and Thailand have agreed to "Our Eyes" joint statement which serves as a commitment to promote peace, security stability and welfare in the Southeast Asian region.It will later be developed to cover ASEAN partners including non-ASEAN partners and that it will focus on effective intelligence information exchange mechanism to paralyze the strongholds of terrorism.Without ruling out the development of strategic environment, Ng Eng Hen stated Singapore is prepared to join trilateral forum involving Malaysia, the Philippines and Indonesia to conduct a joint exercise in the Philippine waters. After they hold exercise in their own country, they will later conduct joint exercises in Tarakan and later in Tawi-Tawi.Ryacudu believed Singapore`s participation will have a positive impact on the mechanism of the longstanding cooperation between the three countries."With this, we hope we could conduct integrated transnational operations in various forms of operations in the context of maritime, air and land networks," he said.By sticking to the principles of counter-terrorism, the two defense ministers also agreed that the threat of ISIS group must be responded by keeping abreast of the growing phenomenon of the threat. (ant)

Indonesia`s Export Growth Can Be Increased

Finance Minister Sri Mulyani said Indonesia`s export growth in August 2018 was recorded at 4.15 percent compared to that of August 2017 (year-on-year / yoy) and it could still be increased."In terms of exports, its growth is close to 5 percent for year-on-year, but in my opinion, the growth can be increased," Sri Mulyani said in Jakarta on Monday.Indonesia`s exports in August 2018 stood at $15.82 billion, down by 2.90 percent as compared to the previous month. However, the exports in August 2018 rose by 4.15 percent as compared to the same month last year. Meanwhile, the imports in August 2018 got tumbled by $1.457 billion, or 7.97 percent, to $16.839 billion as compared to the previous month. Sri Mulyani said she continued monitoring developments related to the balance of payments, especially the current account deficit.According to the Central Statistics Agency (BPS), Indonesia recorded a trade deficit of US$1.02 billion in August 2018, down from $2.01 billion a month earlier. The deficit was mainly driven by a deficit of $1.66 billion in the oil and gas sector though the non-oil/non-gas sector enjoyed a surplus of $0.64 billion, BPS Chief Kecuk Suhariyanto earlier noted while divulging information on the developments of the country`s exports and imports in July 2018 at the BPS office.Indonesia had recorded a trade surplus of $1.74 billion in June 2018, with exports rising 11.47 percent to $13 billion, and imports growing 12.68 percent to $11.26 billion, according to the BPS. The figure surpassed Bank Indonesia`s trade surplus forecast of close to $1 billion. June 2018`s surplus overturned a trade deficit of $1.45 billion a month earlier. (ant) 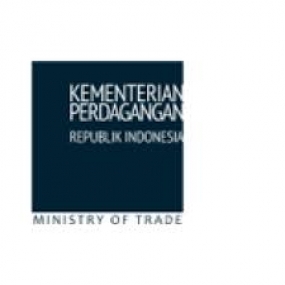 Indonesian consumers have increasingly become critical and aware of their rights and obligations, Trade Minister Enggartiasto Lukita said."Our consumers have increasingly become critical. They know well their rights and can no longer be cheated. If we want to improve competitive edge, the role of each office chief under the coordination of PKTN (the Directorate General of Consumer Protection and Trade Order) is important," he said while opening an event aimed to synchronize policies on consumer protection and trade order in Jakarta on Monday.Hence, all stakeholders, including the central government, regional governments, businessmen, and the public, should unite their steps to create effective consumer protection, he said. The government itself has formulated a grand design for consumer protection contained in Presidential Regulation No. 50/2017 concerning the national strategy for consumer protection (STRANAS PK), he said.He said the post border supervision this year is one of the central government`s policies which are high on the list of the Consumer Protection and Trade Order Directorate General`s national priorities. Through the policy, the government has since February 1, 2018 shifted the surveillance of goods subjected to ban and restriction from the border (inside customs area) to post border (outside custom area), he said.Consumer protection is a legal instrument created to protect and fulfill consumers` rights. Under the consumer protection law of 1999, Indonesian consumers` rights have legally been protected. Although the law has been put into force since 19 years ago, Indonesian consumers are still in the stage of understanding, meaning that they have been aware of their rights and obligations as reflected by consumer empowerment index of 33.7 in 2017.To make consumers more aware of the importance of consumer protection, they must be smart consumers by realizing their rights and obligations, paying attention to the labels, quality, expired dates, manual and guarantee cards of products, buying goods according to needs and loving domestic products. (ant)