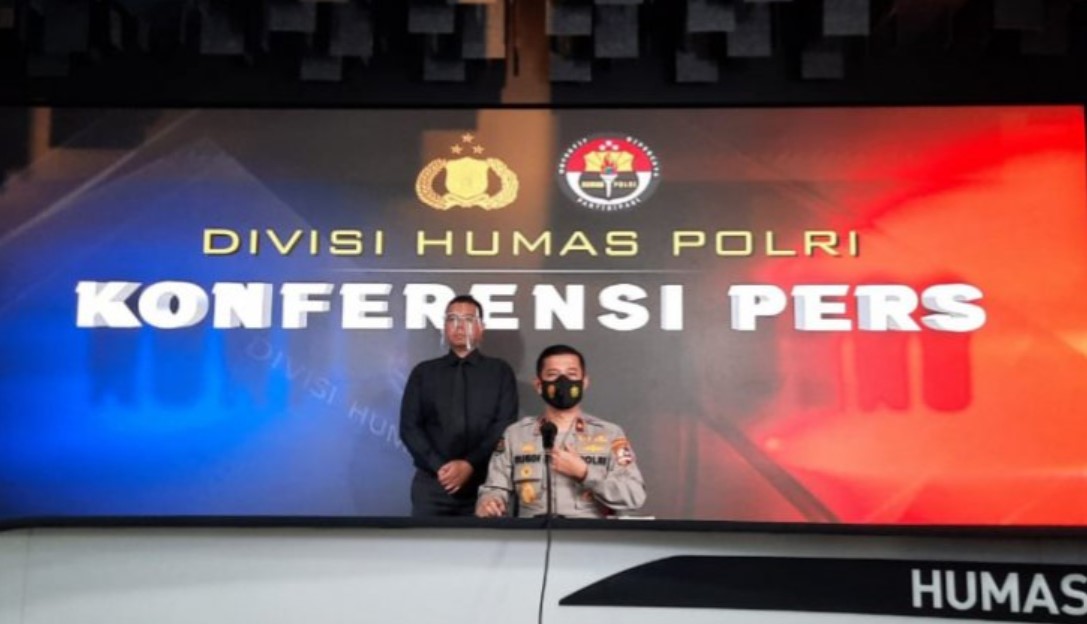 Mar. 1 - Indonesian Police's spokesman, Brigadier General Rusdi Hartono, revealed that 12 terror suspects lately taken into arrest in East Java Province belonged to the Al-Qaeda-affiliated Jamaah Islamiyah group."The group conducting activities is part of Jamaah Islamiyah, and of course, it is affiliated to Al Qaeda," Hartono stated during a press conference at the National Police Headquarters here on Monday.Several of their activities comprised self-defense training and designing bunkers to manufacture weapons and homemade bombs. Furthermore, the suspects had prepared a weapons storage area and a hideout after conducting terror activities."They have also planned to do 'amaliah'," he remarked without furnishing details regarding what he meant by "doing amaliah".The National Police's Counterterrorism Special Detachment 88 (Densus 88) Team is currently striving to collect further information, he stated."Densus is still conducting an in-depth investigation into what is the form and the target. We will convey (the information) later," he noted.The Densus 88 Team arrested 12 suspected terrorists in East Java Province on Friday (Feb 26). The suspects were identified by their initials as UBS aka F, TS, AS, AIH aka AP, BR, RBM, Y, F, ME, AYR, RAS, and MI. They are believed to be playing different roles in the terrorism network.The 12 were arrested at different areas: eight in Sidoarjo, two in Surabaya, one in Mojokerto, and another in Malang.The police seized several pieces of evidence, including 50 nine-mm bullets, a homemade FN pistol, four black and white flags, eight knives, two samurai, machetes, and a bow. (Antaranews) 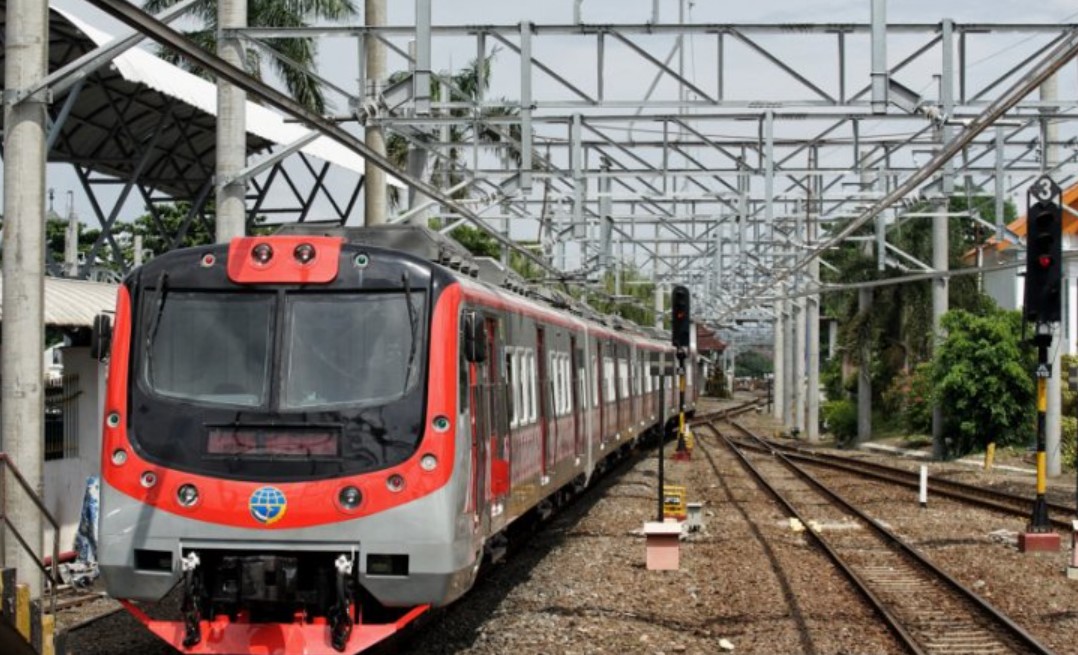 Mar. 1 - Indonesian President Joko Widodo (Jokowi) inaugurated the Yogyakarta-Solo commuter line on Monday, as the government endeavors to boost the two cities' tourism industry and other economic sectors battered by the COVID-19 pandemic."We are optimistic that this (electric train service) would facilitate to-and-fro mobility of people and goods between Yogyakarta and Solo. It is also expected to boost our tourism and other economic sectors," Jokowi stated at a ceremony held in Yogyakarta.At the event, President Jokowi was accompanied by Transportation Minister Budi Karya Sumadi, Yogyakarta Governor Sri Sultan Hamengku Buwono X, and Central Java Governor Ganjar Pranowo, among others.The head of state lauded the use of eco-friendly technology in the Yogyakarta-Solo commuter line and highlighted the significance of applying environment-friendly technology for other means of transportation across Indonesia."I think the mode of transportation in our country must be directed to eco-friendly mass rapid transit in future. Other vehicles must also be eco-friendly," he affirmed.President Jokowi pointed out that with this electric train service becoming available, the travel time from Yogyakarta to Solo would be around 10 minutes lesser than that taken by the diesel multiple-unit train of Prambanan Express."Its operational cost is also more efficient," the president noted.The commuter line operator PT Kereta Commuter Indonesia published that the Yogyakarta-Solo electric multiple-unit train can serve 20 trips daily if fully operated.During regular hours, with a maximum speed of 90 kilometers per hour, it can transport 1,600 passengers in one trip.However, during the coronavirus pandemic, the commuter line operator can accommodate a maximum of 74 passengers in one carriage.Scores of domestic and international travelers have included Yogyakarta and Solo City in Central Java on their bucket lists owing to the rich cultural and historical heritage coupled with its innate beauty.Moreover, Yogyakarta’s new international airport called the Yogyakarta International Airport (YIA) is projected to help boost its tourism industry. (Antaranews) 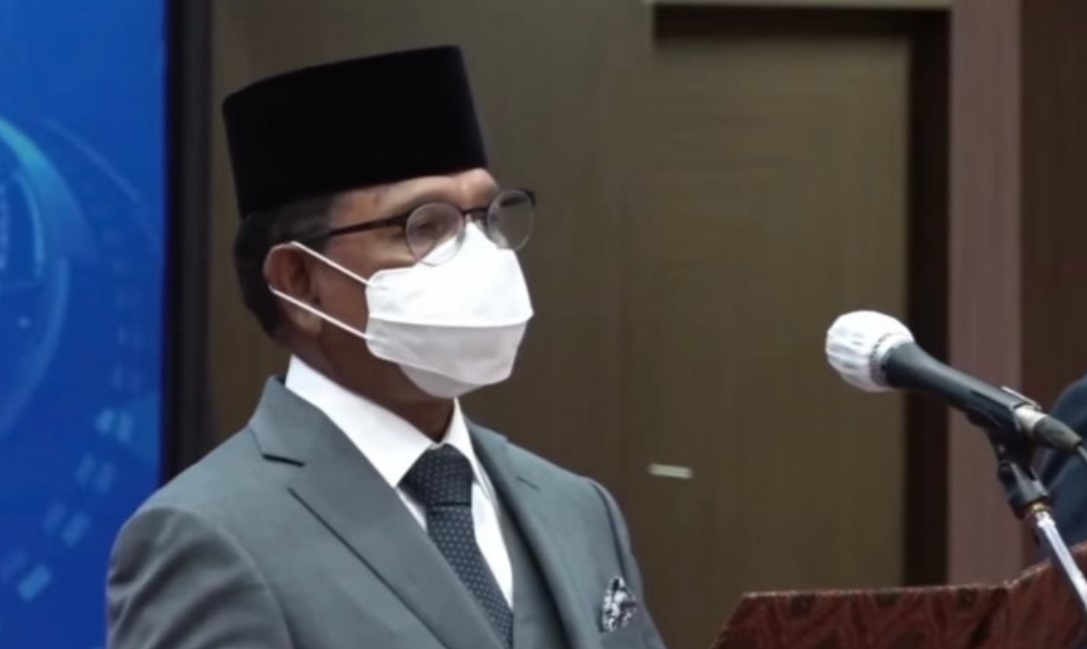 Mar. 1 -  Communication and Informatics Minister Johnny G. Plate reiterated that Indonesia's first omnibus law, the Law on Job Creation, passed by the Parliament in November 2020, helps accelerate the licensing process, especially in obtaining investment permits.Expediting the investment licensing process is projected to attract investors to invest and consequently boost the country's economy, he remarked."The essence of the Job Creation Law is to expedite the licensing process and encourage healthier investment to create a more appropriate investment climate in our country," Plate noted here on Monday while installing two high-ranking officials of the ministry.To this end, Plate called on his staff, especially decision-making officials, to understand and implement government regulations on implementation of the Job Creation Law."Licensing should not be a threat and barrier to investment. Our job is to encourage and facilitate a smooth licensing process," he emphasized.Moreover, the minister urged his subordinates to ensure that public services were expedited through collaborative cooperation among the directorates general under his ministry.Plate drew attention of the ministry's high-ranking officials to help his subordinates by taking quicker decisions and encouraging better quality businesses and community interactions.Plate also called upon his officials to work hand-in-hand to materialize Indonesia's digital transformation this year, as promoted by the Ministry of Communication and Informatics."Lest the Ministry of Communication and Informatics were to go against the spirit and philosophy of the Job Creation Law, which is Law Number 11 of 2020," the minister affirmed. (Antaranews) 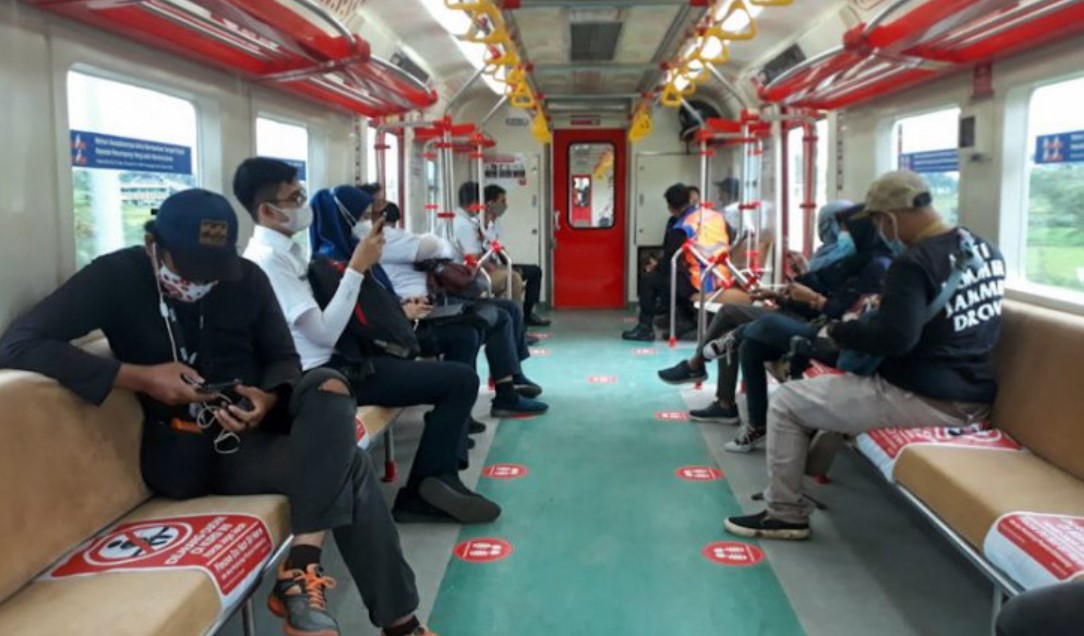 Mar. 1 - The Yogyakarta-Solo commuter line inaugurated by President Joko Widodo on Monday has been operational since February 10, 2021 and making 20 trips per day.The electric train service is currently serving Yogyakarta, Lempuyangan, Maguwo, Brambanan, Srowot, Klaten, Ceper, Delanggu, Gawok, Purwosari, and Solo Balapan stations, with a flat tariff of Rp eight thousand charged per trip.Tickets for the commuter line can be purchased using KAI Commuter's multi-trip cards or other e-money cards.While the train will be able to carry 1,600 passengers in a single trip during normal conditions, the number of passengers has been limited to 74 per carriage on account of the coronavirus pandemic.The Yogyakarta-Solo route has been served by the diesel multiple unit train of the Prambanan Express since 1994.With the commissioning of the Yogyakarta-Solo commuter line, the Prambanan Express will now serve the Kutoarjo–Yogyakarta route, making eight trips per day.Speaking at the inauguration of the service, President Widodo said the Yogyakarta-Solo commuter line is expected to augment the mobility of people and goods."It is also expected to boost our tourism and other economic sectors," he said at the ceremony, which was also attended by Transportation Minister Budi Karya Sumadi, Yogyakarta Governor Sri Sultan Hamengku Buwono X, and Central Java Governor Ganjar Pranowo.He lauded the Yogyakarta-Solo commuter line for using eco-friendly technology and emphasized the importance of applying such technology to other means of transportation across Indonesia."I think the mode of transportation in our country must be directed to eco-friendly mass rapid transit in the future. Other vehicles must also be eco-friendly," he remarked.According to President Widodo, the electric train service would take 10 minutes less to cover the distance between Yogyakarta and Solo compared to the diesel multiple unit train of Prambanan Express."Its operational cost is also more efficient," he said.Commuter line operator PT Kereta Commuter Indonesia has said the Yogyakarta-Solo electric multiple unit train can reach a maximum speed of 90 km per hour.Due to their richness in cultural and historical heritage as well as natural beauty, Yogyakarta and Solo city in Central Java are a huge draw for domestic and international travelers.To bolster its tourism industry, Yogyakarta has also opened a new international airport called the Yogyakarta International Airport (YIA).  (Antaranews)