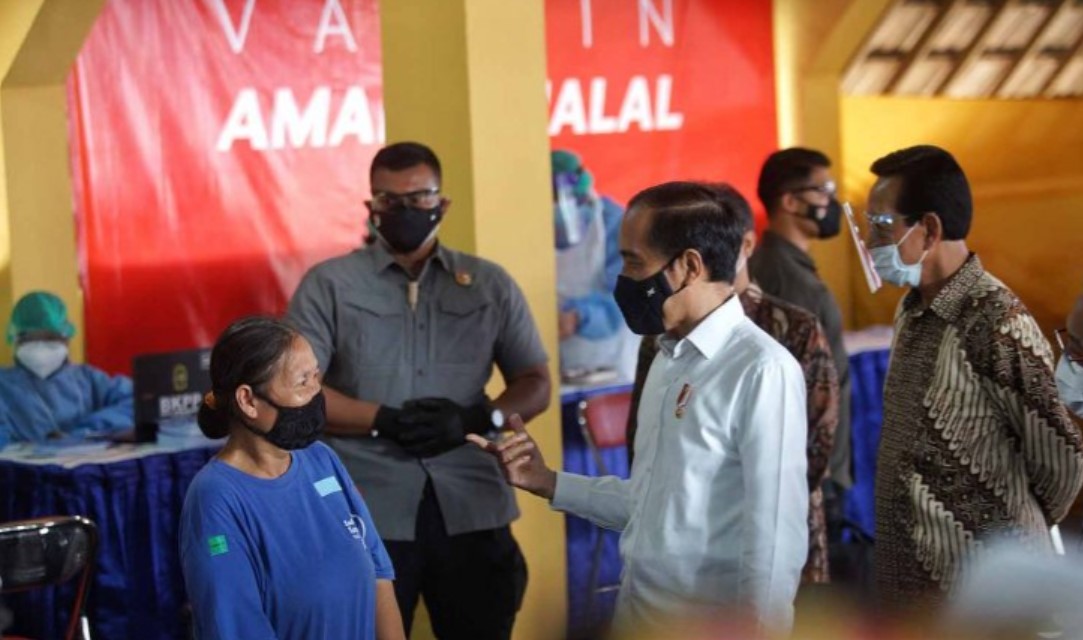 Mar. 1 - President Joko Widodo (Jokowi) is optimistic that tourism and economic activities in Yogyakarta would recover following the implementation of the COVID-19 vaccination program.Some 19,900 people, including included traders, shop owners, shopkeepers, and workers in Beringharjo Market, Malioboro Street area, Yogyakarta, were inoculated on Monday. "I am hopeful that the economy would recover, so that tourism in Yogyakarta can revive and boost economic growth in Yogyakarta, especially in the city of Yogyakarta," the president stated while observing the implementation of COVID-19 vaccination.The head of state gauged that the vaccination process for traders at Beringharjo Market had run in a smooth manner and so was the case with the inoculation of street vendors, businesspersons, and shopkeepers at Malioboro Street to Yogyakarta Square."In total, there are 19,900 people, and we are hopeful of this being resolved soon," he noted.Yogyakarta Mayor Haryadi Suyuti remarked that market traders and businesspersons in the Malioboro area should be accorded priority during vaccinations owing to their one-on-one interactions with residents and tourists from various regions on a daily basis."This is because they come in contact with the community at large. They make contact with other communities, both local residents and outsiders," he pointed out.President Jokowi and his entourage embarked in a day-long working visit to Yogyakarta to witness the implementation of the vaccination program and inaugurate the electronic commuter train’s operations.Indonesia commenced vaccination against COVID-19 since January 13, 2021, with China's Sinovac vaccine, and President Jokowi was the first recipient of the vaccine jab.The National Task Force for COVID-19 Hanlind has reported that over 1.6 million vaccine doses had been administered until now. (Antaranews) 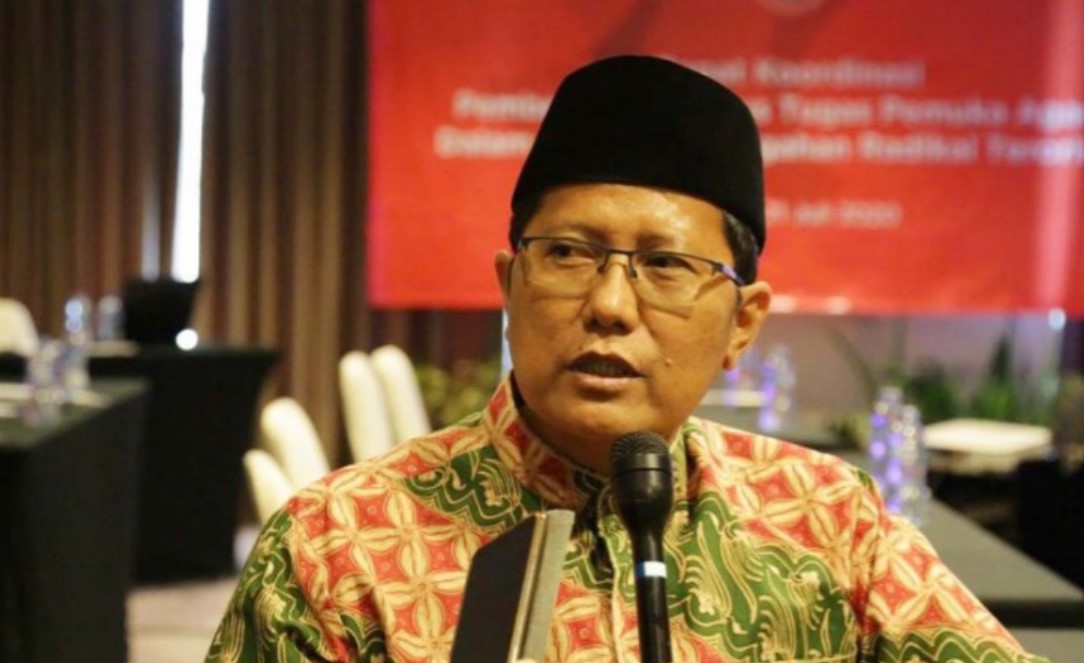 Mar. 1 - Indonesian Ulema Council (MUI) Chairman M. Cholil Nafis was vociferous in emphasizing that liquor cannot be legalized on grounds of adhering to local wisdom."On the basis of local wisdom, liquor still cannot be legalized," Nafis notified reporters in Jakarta on Monday in response to the government's policy to allow investment in the liquor industry in several provinces."I personally do not agree with the liquor investment, although it is only permitted in four provinces," he remarked.The MUI chairman pointed out that even as some people stood to be benefited by investment in the liquor industry, it would also cause moral damage to society."I think the policy should be repealed on account of the aspirations of the people, as it is not beneficial for the future of the people. It will may provide investment benefits, but it also causes extensive loss to the people," he cautioned."Liquor is still circulating in the market even after we banned it. Hence, of course, it would grow rapidly if it were allowed to be sold at retail prices. Although liquor is marketed in only four provinces, it can spread to other provinces. However, investment returns are not proportional to its impact on the morale of this nation," he stated.Meanwhile, MUI Deputy Chairman Anwar Abbas also expects the government to not allow investment in the liquor industry.Abbas opined that the government's policy to allow investment in the liquor industry prioritized the interests of entrepreneurs over those of the people."If the government is committed to protecting the people, then they should not give permission for businesses that will be harmful to the people," he stated.The presidential regulation on investment signed by President Joko Widodo on Feb 2, 2021, stipulates that alcoholic beverages and the liquor industry is a business sector for all investors meeting the requirements.According to the regulation, new investment can be made in the liquor and alcoholic beverage industry in the provinces of Bali, East Nusa Tenggara, North Sulawesi, and Papua based on local culture and wisdom. (Antaranews) 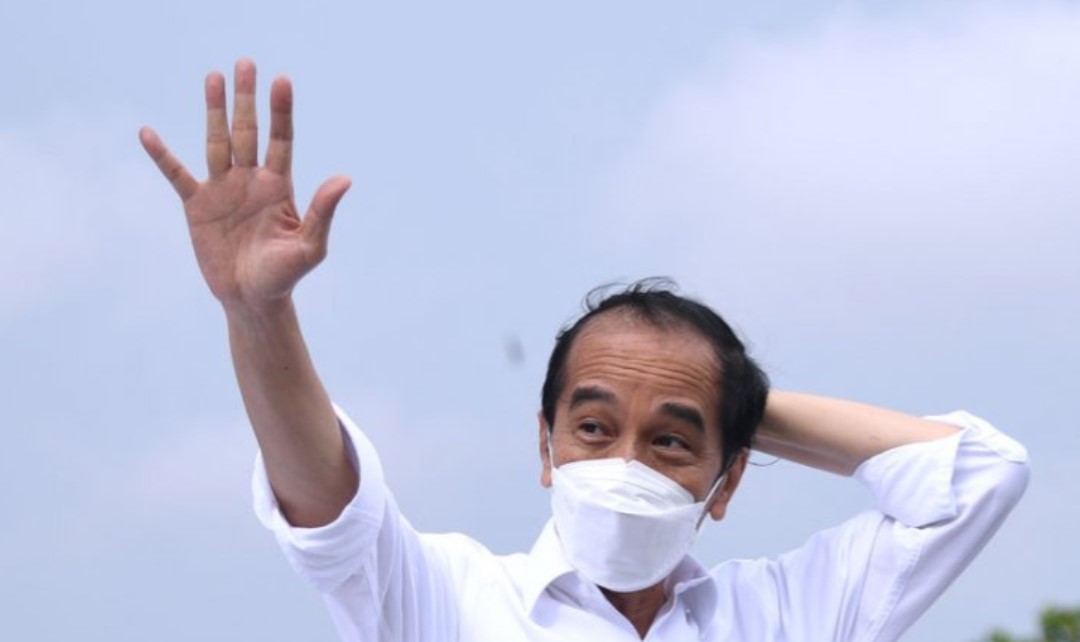 Mar. 1 - President Joko Widodo went to Yogyakarta for a working visit with a number of agendas including reviewing mass vaccinations and inaugurating the Yogyakarta-Solo railway train route.

President Joko Widodo on Sunday afternoon, February 28, 2021, left for the Special Region of Yogyakarta for a working visit.

From the Halim Perdanakusuma Air Force base, Jakarta, at around 16.00 WIB, the Head of State and his limited entourage took off for the Adisutjipto Air Force Base, Sleman Regency.

On arrival in Sleman, the President went straight to Gedung Agung, Yogyakarta Presidential Palace, to spend the night and continue activities.

On Monday, March 1, 2021, the Head of State reviewed mass vaccinations for public workers in a number of places in Yogyakarta City. In addition, the President will also inaugurate the operation of the Yogyakarta-Solo train. (Antaranews)

Indonesia is poised for EV riches as Tesla circles, but a nickel rush could hurt the environment

As American electric vehicle maker Tesla eyes up a hefty investment in Indonesia, concerns are growing over the potential environmental consequences of a nickel mining rush.

Tesla has reportedly tabled a proposal to establish a battery production facility in the country, though no official announcement has been made and government decision-makers remain tight-lipped about details.

Still, the prospects of Indonesia becoming a global hub for battery production in the electric vehicle (EV) revolution, and a key link in the global supply chain, has already seen mining and nickel processing ramp up across the country.

Indonesia has vast resources of nickel - it has about a quarter of the entire world’s supply. It is an increasingly crucial metal in batteries due to its properties that enable mass energy capabilities. Macquarie Bank analysis estimates Indonesia could be the source of half the global supply of nickel and stainless steel within four years.

Nickel is seen as a replacement battery component for cobalt, which is more expensive and poses human rights issues due to it being mined in the Democratic Republic of Congo.

“Go for efficiency, obviously environmentally friendly nickel mining at high volume. Tesla will give you a giant contract for a long period of time, if you mine nickel efficiently and in an environmentally sensitive way. Please get nickel," he said.

But Musk’s call for sustainable nickel in the current Indonesian landscape will be a difficult one to answer, according to analysts. Nickel mining in Indonesia has a dirty track record and the rush to extract and process more of it will add pressure to an industry with opaque rules and regulations.

“I think the statement is an illusion or a contradictory statement. What does sustainable nickel mean? Mining is an unsustainable production,” said Arianto Sangadji, a leading researcher on the industry from the York Centre for Asian Research at York University.“You must consume large amounts of fossil fuel to power the machines for clearing forests, digging the earth, and transporting ore. The more nickel ore is produced, the more fossil fuel is consumed, which has a great impact on climate change,” he said.

Dirty aspects of nickel mining are expected to be difficult to mitigate. From the mines to the smelters, nickel leaves an impact, on local ecosystems and on climate change.

But the opportunity for Indonesia remains enormous; one potentially even more valuable than its vast palm oil industry. The International Energy Agency predicts that some 70 million EVs will be on roads by 2025 and a huge number could contain battery parts mined and manufactured in Indonesia//CNA