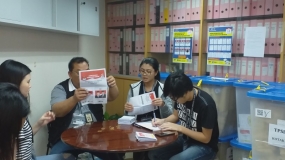 The Overseas Election Committee (PPLN) of Hong Kong until 22:30 local time this evening had completed almost 50 percent of the ballots that had been punched.

"Now at 10:30 a.m. the counting process is still going on safely until now. Approximately 14,000 votes have been counted, about 50 percent of the total voters who voted. From the results of the calculation, there were around 86 percent for candidates and candidates 02 around 14 percent, "said Chris who was met in front of the Consulate Building in Hong Kong on Wednesday (04/17/2019).

Of these, Chris did not elaborate on the number of damaged or invalid ballots. He only said that so far the vote counting process was still carried out in a number of rooms in the Consulate General in Hong Kong.

With the use of rooms in the Hong Kong Consulate Building for the 2019 election vote counting process, the service activities at the Consulate General in Hong Kong for today are closed.

The vote counting process takes place in a closed manner. Only involving PPLN and Hong Kong Panwaslu, KPPSLN, as well as witnesses from political parties and timses from both parties. (rri.co.id) 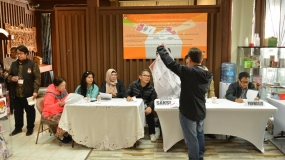 Voting for the election took place in San Francisco, United States. As much as 7.814 WNI at 8 State yg be the working area of the Indonesian Consulat General of San Francisco, including 3.949 shipmen working in 15 cruise ships use the right voice 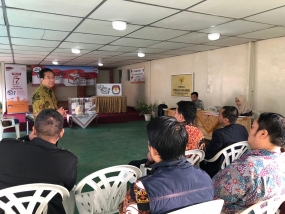 Enthousiasme to Vote in West Africa

The enthousiasme to participate to the election 2019 resonated from Senegal! In addition to Senegal, Indonesian citizens who live in the Gambia, Guinea, Guinea Bissau, Mali, Ivory Coast, Sierra Leone & Cabo Verde also gave their vote either by coming directly to Dakar or by mail. (Mofa Indonesia) 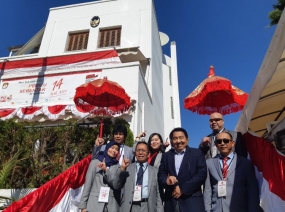 Indonesian Vote in 3 locations in Greece