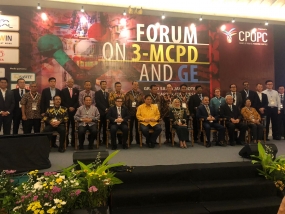 Jakarta (VOI News) - The Council of Palm Oil Producing Countries (CPOPC) facilitated a forum in Jakarta on Friday (7 Feb) to discuss the new European Union standards for a chemical compound found in palm oil, known as 3-MCPD. The compound, which is thought to affect the kidneys when consumed in high doses, is facing high global regulations on imported palm oil.

In 2018-2019, the EU cracked down on the maximum limit of 1,000 micrograms per kilogram on another compound found in palm oil, known as glycidyl esters (GE). The EU plan to introduce the same restrictions on the 3-MCPD (3-monochlorpro-pandiol ester) compound, despite the recommended safety limit for these compounds being as high as 2,500 micrograms per kilogram. Speaking at the opening ceremony of the Forum, Indonesia’s Coordinating Minister for Economic Affairs Airlangga Hartarto, claimed these regulations were unfair and inconsistent with those imposed on other vegetable oils.  He emphasized the need for developing Asian economies to start speaking up on the world stage.

"We have to make several strategies, not leave it to countries like Europe to set the standard just for the sake of protecting their market. We can raise our voice, say it loudly. And the economy of regional RCEP, Regional Communicative Economy is way bigger than the EU. We have thirty-two percent of the economy, and we have almost more forty percent of the population. So the voice of us should be on par with the size that we have," said Minister Airlangga Hartarto.

Directorate-General for Health and Consumers from the European Commission Frans Verstraete, at the event, emphasized the EU’s concern for the “human and animal health” effects of palm oil consumption with high 3-MCPD levels, while maintaining the importance of the free movement of food imports across Europe. Vice-Chairman of Indonesian Palm Oil Association Togar Sitanggang said if the regulations passed in the EU, it would “limit” palm oil exports to Europe and would cause a price drop on the commodity if the market was lost. (VOI/LAURA GREEN/AHM)

Komodo Airport to Get International Status in June 2020: Minister 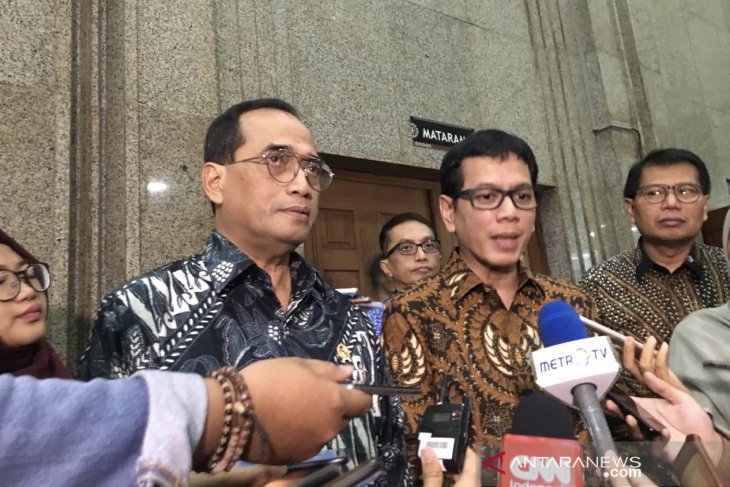 Jakarta - Transportation Minister Budi Karya Sumadi affirmed the government’s decision to accelerate the development of Komodo airport in Labuan Bajo, East Nusa Tenggara, to get international status, from next year to June 2020.

"We have agreed that the airport will be developed into an international one, initially set to be carried out in 2021, but it will be moved earlier to June this year," the minister stated following the signing of an agreement on cooperation between the government and Business Entities (KPBU) to develop Komodo Airport in Jakarta on Friday. The Komodo Airport is officially managed by private company PT Cinta Airport Flores (CAF) under a KPBU scheme. Sumadi highlighted the need for acceleration since the airport was officially operated by PT CAF, a national and private company consortium comprising PT Cardig Aero Services Tbk (CASS) and Singaporean private company CAI (Changi). "It (the international airport) should have been ready early next year, but we will speed it up to May 2020," he stated. He expressed optimism that investors would soon develop the airport and the Tourism Ministry would facilitate the promotion of Labuan Bajo. "I hope the investors would be serious and I seek the tourism minister’s support to undertake certain efforts, both for the promotion and decoration by using the native color of Labuan Bajo," he stated. Upgrading the status of Komodo Airport is expected to help boost the tourism industry in East Nusa Tenggara, in general, and in Labuan Bajo, designated as a priority tourist destination, in particular. The development projects of Komodo airport encompass the expansion of the runway from 2,250 meters x 45 meters to 2,700 meters x 45 meters; development of cargo terminals; development and expansion of domestic and international passenger terminals; and development of commercial areas, parking, and other supporting facilities. (ANTARA) 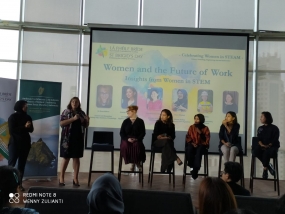 Jakarta (VOI News) - The International Labour Organisation (ILO) in collaboration with the Embassy of Ireland to the Republic of Indonesia hosted a discussion on Advancing Women in Science, Technology, Engineering, Arts and Mathematics (STEM) for the Future of Work. The discussion featured various women panelists who shared their journey and experiences in the field of STEM. This discussion was aimed at inspiring more women and young girls to join STEM-related fields. The Ambassador of Ireland to the Republic of Indonesia Olivia Leslie spoke to Voice of Indonesia about why Ireland initiated this discussion and what can be done to empower women in Indonesia.

“The embassy decided to host women in STEM discussions here in Indonesia because we believe it's an area where we have a lot of expertise in Ireland. And the STEM industries are very prominent in Ireland. We have a lot of tech companies in Ireland, we've got a lot of large Industries including pharma, manufacturer, etc. So, we felt that we had a particular story to tell about how we've built our education system to support STEM, but also what we are doing and the challenges that we face in getting more women engaged in STEM at the educational level, and at work level," said Ambassador Olivia Leslie.

The Ambassador of Ireland Olivia Leslie further said women in Indonesia are often at the top of their fields, such as some very senior women in the Indonesian cabinet. She added Ireland had the pleasure of working with some of them and believed that there is scope to support Indonesians and Irish people across the board in STEM, but also in more traditional occupations.

The Country Director for the ILO, Michiko Miyamoto also spoke to Voice of Indonesia about how Indonesia can really tap into STEM and create opportunities, especially for women.

“I think it's a very important field that the country can really tap into, you know, we need to build human resources, skills, knowledge capacity. So, when the countries really would like to focus on, you know, economic development and the human resources, this is, this is the area that probably we need to pay a bit more attention and put more resources into it. Why because it will help develop many industries and opportunities you know, for more. And especially for women, because it is a non-traditional area of work, apart from putting resources for education in general, we need to encourage awareness-raising effort by the industry by, by the female leadership, to convince this added value of smart Indonesian women with lots of potential and who can really contribute to the, to the society, community in many different way,” said Michiko Miyamoto.

According to the press release issued by the ILO, advances in technology and subsequent automation of jobs will significantly change employment across the world. The ILO has estimated that 56 percent of the employment (around 60 million jobs) may be affected due to automation. According to the ILO, since women are predominantly employed in sectors that require lower STEM skills, they are at higher risk of losing their jobs due to automation. The event introduced the ILO’s “Women in STEM program” that seeks to equip women with the required technical and soft skills that will help them enter and grow in the field of STEM. (VOI/SAYEE SHREE L.R/AHM) 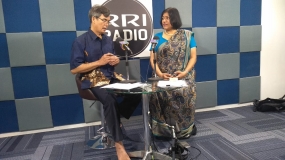 Sri Lanka Ambassador: Indonesia and Sri Lanka Have Many Opportunities in the Trade and Investment Sector

Indonesia and Sri Lanka have many opportunities for cooperation in the field of trade and investment. This was said by the Sri Lankan Ambassador to Indonesia Yasoja Gunasekara (Mrs.) during a special interview at Voice of Indonesia, in Jakarta, Friday (02/07/2020). Ambassador of Sri Lanka to Indonesia Yasoja Gunasekara remarked on the numerous similarities that Sri Lanka and Indonesia share, calling their relationship similar to that of brothers and sisters. Speaking about the recent export of train cars and textile from Indonesia to Sri Lanka, she said Sri Lanka was very happy about the involvement of Indonesia in its transportation sector. She also called on for a similar interest from Indonesia about a lot of unique opportunities that Sri Lanka can offer.

“We would like Indonesians to get more interested in purchasing some of our premium export products. We have a lot of well known, world renowned products such as the Ceylon tea, the gems and jewellery products, including the famous blue Sapphire. We have the Colombo port city that is now coming up. It's almost completed. There are huge potential in real estate there, there's going to be opportunities in the logistics area. You have opportunities in manufacturing. We have Export Processing zones around the country, and Sri Lanka has various skilled labour. We'd like a lot more business to business cooperation between the two countries. Both the governments have made it clear; both the leaders have made it clear that the businessmen of the two communities could work together so much more closely to explore the possibilities. So, there's so much that we can do," she said.